A solution to the solar glare problem of the Walkie Talkie skyscraper is on the way say Land Securities.

The London Skyscraper highlighted just how serious an issue solar glare from a building can be earlier this year. It’s concave shape caused a concentrated beam of sunlight which inflicted damage to nearby business and vehicles. One journalist even managed to fry an egg in the ray!

When reports first came in of the damage resulting from the reflected sunlight, developers were quick to respond, by putting up temporary screens on the business fronts to lessen any further detrimental effects.

Informed by Land Securities Chief Executive Rob Noel, Reuters reported that the permanent solution “is expected to be in the low, single-digit millions” and will involve a form of exterior solar shading.

The implementation will commence shortly and is expected to be installed before the 2014 British Summer begins. 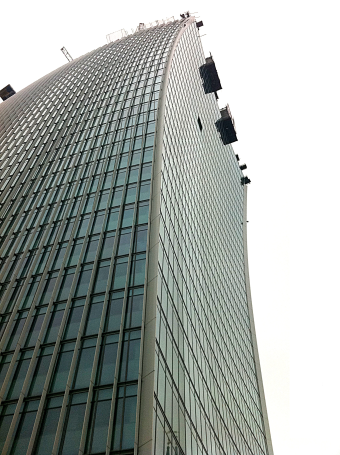 When planning a building project which consists of a lot of glass or reflective material, the solar glint and glare impact should be considered early on. Since it could effect nearby home and business owners, motorists as well as aviation personnel.

Solar glint is normally used to describe a brief flash of light, while solar glare is exposure to a continuous source of extreme brightness. The impact of both can vary depending on the time of year, so seasonal changes need to be considered. In the case of the Walkie Talkie building, the location of the sun in the Summer caused the greatest impact on the surroundings.

We can assess the glint and glare impact of a proposed building as part of our consultancy services. To enquire further about this service we ask that you get in touch with us via phone: +44 (0) 1787 319001 or email: info@pagerpower.com.