Despite the massive growth in renewable electricity generation switching a light on usually results in more fossil fuels being burnt and increased carbon emissions. The level of emissions is heavily dependent on geography and time.

Carbon Intensity defines the level of carbon dioxide emissions in grammes per kilowatt hour. Analysis of electricity consumption in Great Britain in January this year (1/1/22 to 29/1/22) showed that regional Carbon Intensity ranged from 0 to 608 with an average of 172. The pie charts below show typical generation mixes. 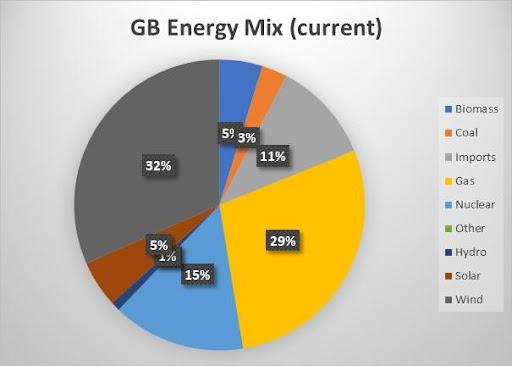 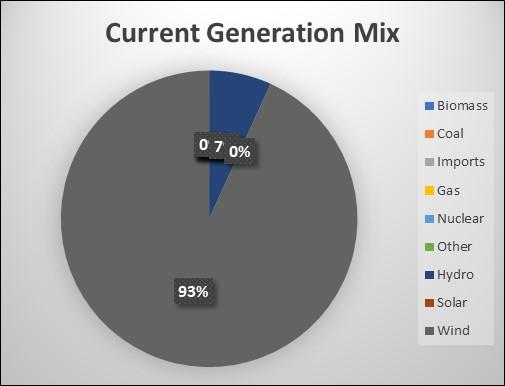 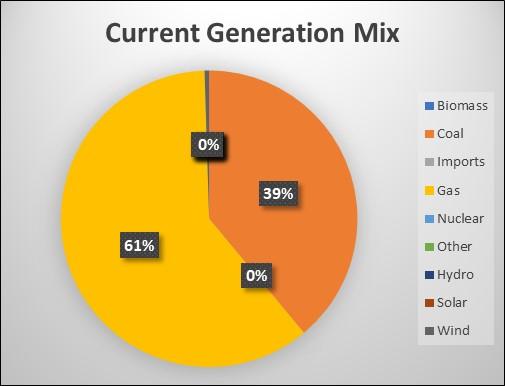 Carbon Intensity varies markedly from region to region being heavily influenced by the level of demand in the region and the availability of generation from non-carbon sources. The chart below shows the average regional carbon intensity this January. 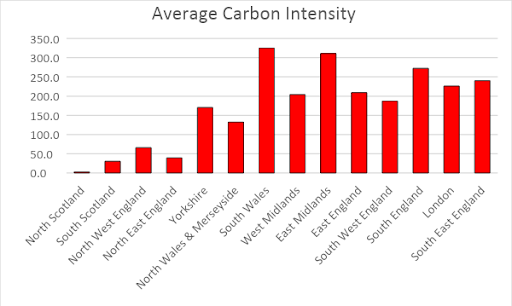 Carbon intensity can vary significantly with time – although it doesn’t always. The chart below shows carbon emissions increasing by a factor of nearly five over a period of eighteen hours. 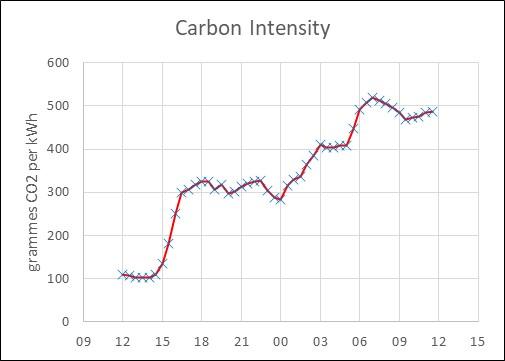 In this example the change is mainly due to a big decrease in wind and wind generation over the period.

The climate impact of our electricity use varies significantly with geography and time. In practice most of us do not have the luxury of being able to choose where or when we consume electricity. If you are planning a business or process that is electricity intensive it would make sense to locate it in the north of Scotland which has a (relative) abundance of low carbon electricity.