JCB, a British manufacturing company, have entered into an agreement with Australian company Fortescue Future Industries (FFI) in which they will take 10% of the green hydrogen produced and then distribute it into the UK alongside the firm Ryze Hydrogen. FFI will take charge of the production, while JCB and Ryze will deal with customer management and distribution. The chairman of JCB, Lord Bamford, said the deal is an important step in the introduction of green fuel into the UK supply chain.

What does this mean for the UK?

Currently there are many vehicles and machinery that are powered by green hydrogen; however, customers face the problem of sourcing this fuel. This advance will enable customers to easily access the market in which they can purchase the greener fuel alternative. JCB has a team of engineers developing hydrogen engines for their own machinery and, with the new deal secured, these will be available for customer purchase towards the end of 2022.

The deal will help the UK in its efforts to achieve net zero targets, especially in sectors that have proved to be hard to decarbonise, such as transport. Bamford has asked for the support of the government in this new deal, asking for investment into transport fuelled by hydrogen engines to complement the supply JCB will introduce. Together this could make green hydrogen a viable solution to many of the emissions problems the UK faces.

Ryze Hydrogen are also distributing FFI’s green fuel together with JCB. The small firm are on their way to constructing the first network of green hydrogen production plants within the UK and will now be linked to the largest green hydrogen supplier to the UK. 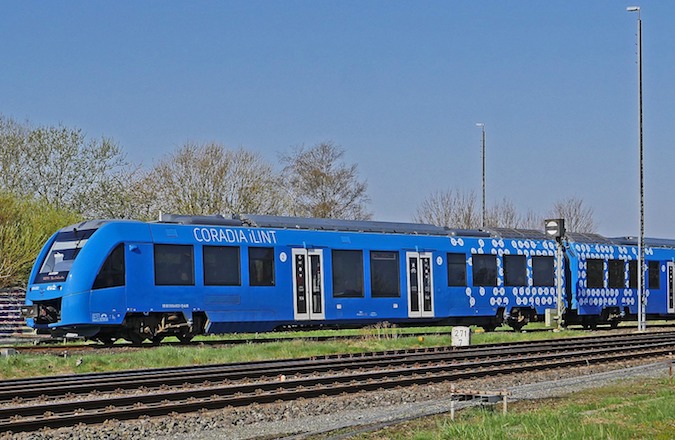 The UK are striving to meet their goal of 5 gigawatts of production capacity by 2030; however, it has become increasingly clear that efforts need to be escalated quickly to achieve this. Green hydrogen is a critical asset in this transition; however, the government led ‘UK Hydrogen Strategy’ doesn’t encompass the development of the UK’s green hydrogen industry to the full extent. The ‘Developing the Market Framework’ section of the strategy outlined a lot of possibilities that the government ‘could’ do but lacked a definitive plan for any introduction of production in the UK. This has driven JCB to take matters into their own hands and source the fuel from overseas to kickstart the industry within the UK; this will hopefully lead to the development of production methods by the government.