Germany is no stranger to success when it comes to renewable energy. Last year it was reported that Germany was able to produce almost a third of its energy from renewable sources in the first half of 2014 (more information here). It has now been reported [1] that the country has increased its renewable energy output fourfold since the year 2000.

EWEA has also reported that [2] Germany has the largest installed wind capacity of any EU country.

Top Countries for Wind in Europe

Figure 1 below [3] shows the percentage of the EU total for the top three countries in 2014. 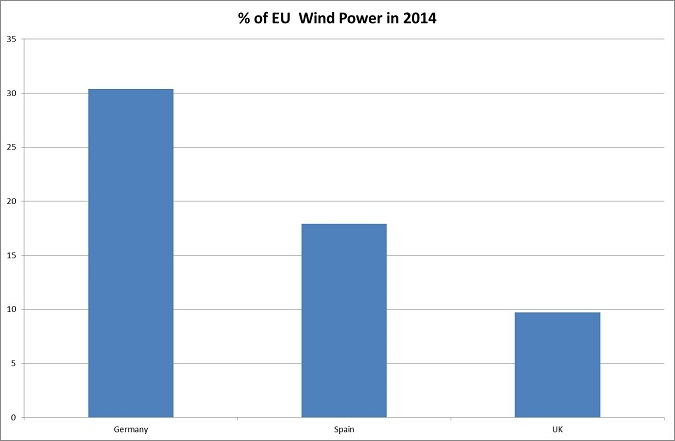 Figure 1: Wind power in the EU.

EWEA also reported [2] that Germany was the leader in terms of annual installation of wind power for 2014. Figure 2 below [4] shows the top six countries with regard to wind power installation for 2014. 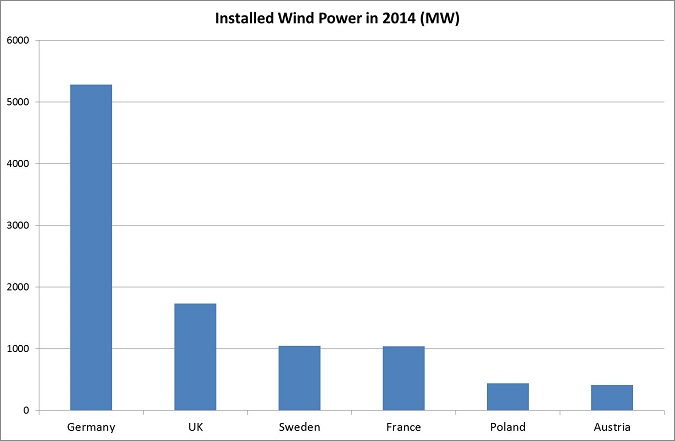 [3] Data based on results reported in reference 1

[4] Data based on results reported in reference 2