It has been reported [1] that Germany was able to produce an impressive 31% of its energy from renewable sources in the first half of 2014. Non-hydro renewable usage was at 27% compared to 24% in 2013.

Renewables International reported that [2] solar generation increased by 28% compared to the first half of 2013 and wind power increased by 19%. They also reported a decrease in the use of natural gas and coal. 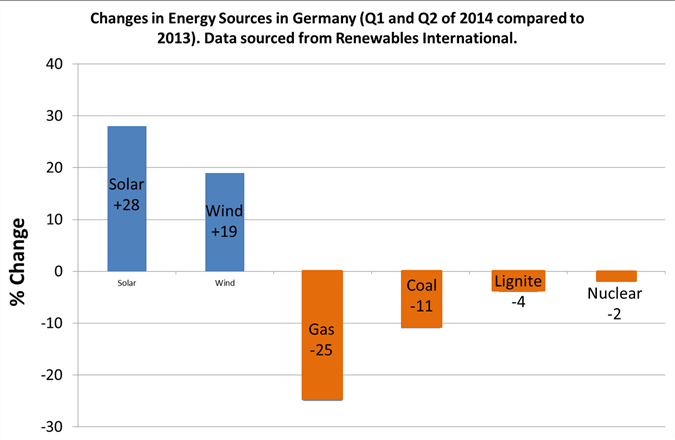 Germany currently produces most of its energy from coal [3]; however the country’s dependence on fossil fuels appears to be on the decrease.

Germany is also hosting Wind Energy Hamburg 2014 which takes place from the 23rd to the 26th of September 2014.

We are pleased to be attending this event on Wednesday 24th September.  Aside from conducting a lunchtime presentation on wind turbine impact on DVORs, Chairman Mike Watson will be available to discuss any existing or upcoming projects. Please email info@pagerpower.com to arrange a meeting.