In recent news it was mentioned that the US Federal Aviation Administration (FAA) requested that the overall height of four building developments in the city of Miami needs to be lowered by 13% – 55% of the planned height. The height reduction is due to flying safety concerns.

Aviation authorities can restrict how tall a building can be. Although there is no standard definition of what is a “tall building” there are rules used to calculate how tall a structure can be when in the vicinity of an airport; usually within 15km. These rules can be standard and sometimes adjusted for the specific airport.

For the four building developments near Miami Airport (approximately 10km, figure 1), the height reductions requested by the FAA range between 72 feet – 576 feet. These buildings are marked in figures 1 and 2 below. A description of these can be seen in the following table [1] [2]: 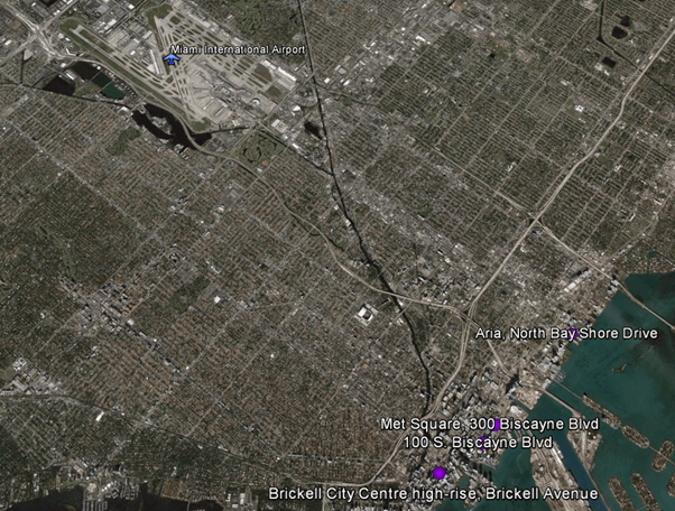 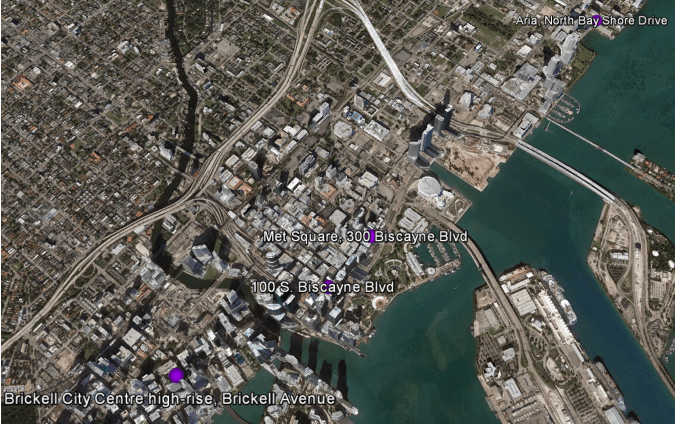 Figure 2: The four planned Miami building developments that need to reduce their height

City of Miami and tall buildings

Miami is a city which grows in height. There appear to be over 60 buildings with an overall height that exceeds 400 feet [3]. Examples include the 64 story Four Seasons Hotel & Tower (789 feet tall) and the Southeast Financial Centre (764 feet tall). Figure 3 below shows tall buildings that are more than 492 feet tall in the city of Miami. 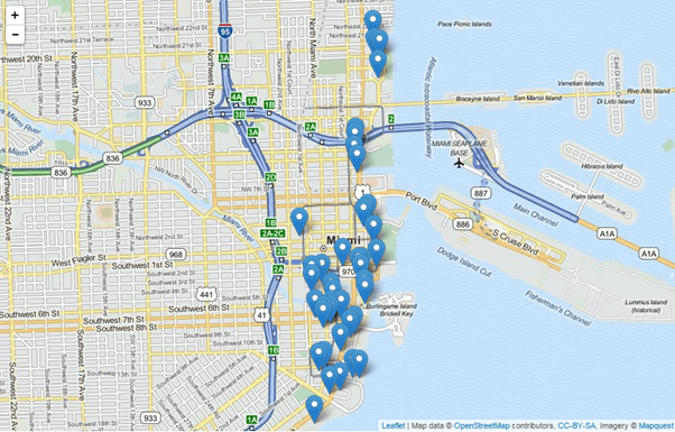 2014 has been a record year for the completion of tall buildings worldwide. 97 buildings having an overall height of more than 656 feet were completed. These buildings were shared among 54 cities in 19 countries [4].

With an ever increasing global urban population[5] predicted to grow from 54% in 2014 to 66% in 2050 it is likely that the demand for taller buildings will increase. Based on the current aviation rules it is likely we will read more similar news in the future.