The initial offshore turbine foundation for the Block Island Wind Farm was lowered into the water on Sunday 26th July 2015. This marks the start of the construction of the first offshore wind farm in the United States (US).

Weighing over 400 ton, and put in place using the largest water-borne revolving crane on the East Coast, the steel jacket/lattice foundation was lowered in around half an hour. Despite the historic occasion being delayed by a few days due to bad weather conditions , the CEO of Deepwater Wind – who are developing the project – did not seem deterred as he tweeted the below [1]: 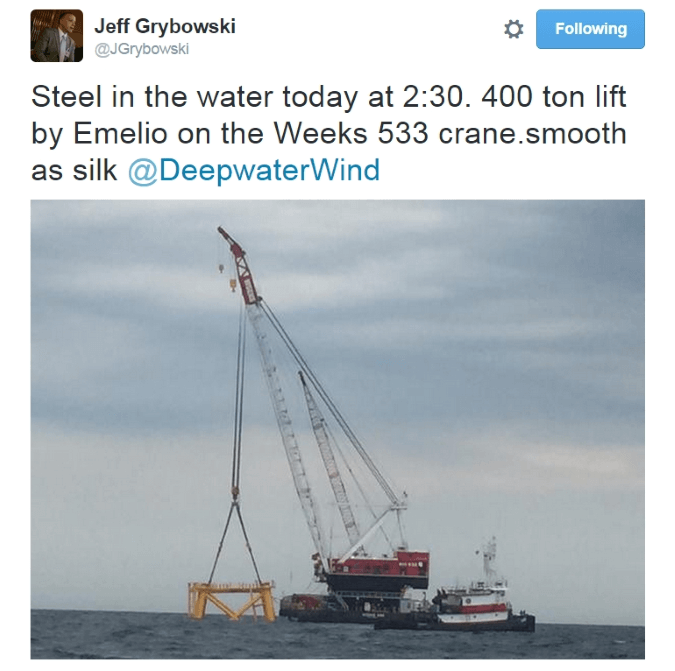 Figure 1: Tweet by Jeff Grybowski on 26th July 2015 showing the first foundation being put in place.

Just one day after the foundation was laid, Deepwater Wind took supporters and officials to the site by boat to celebrate in an event called “Steel in the Water.” More can be seen in the company’s video below:

Located a few miles off of the coast of Block Island, in Rhode Island State waters, the wind farm will consist of five Alstom Haliade™ 150-6MW turbines. Each machine will have with three blades and a 150-metre, (492 feet) rotor diameter [2]. Once installed the turbines are set to be the tallest of their kind in the world, and will premier in the Block Island Wind Farm project.

Even though the foundations have started to be laid, the project is not due to be completed until Autumn 2016 [1]. Once deployed a Block Island Utility Task Group study predicted that the wind farm would reduce energy bills by up to 40% [2]. This will no doubt come as a much appreciated advantage to residents since Rhode Island has one of the highest average retail prices in the US. 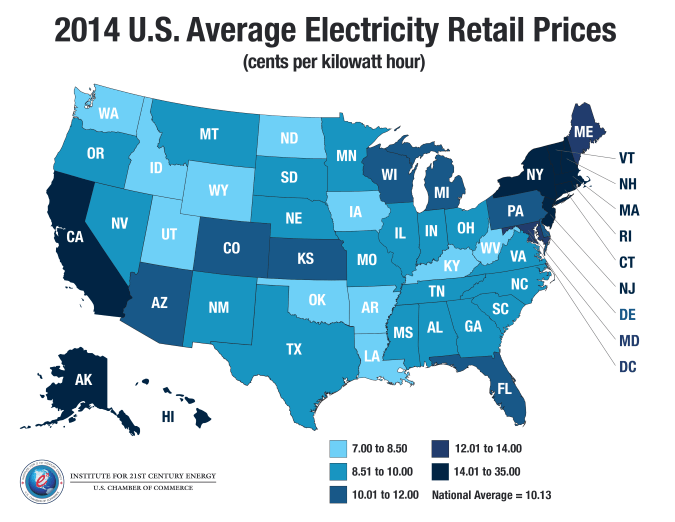 Figure 2: Average electricity retail prices in the US by state. Rhode Island is represented by RI.

The Block Island Offshore Wind Farm is the first step towards developing “the largest renewable energy project ever proposed for the northeast” US [3]; that being the 1,000MW Deepwater Wind Energy Center offshore development. The large project is planned to serve electricity to multiple states, and consist of up to 200 turbines. This would make it the largest wind farm that has ever been built in the country [4].

Offshore Wind in the US

Despite the maturity of offshore wind in Europe, and other places in the world, the US has hardly benefitted from this resource before. The Figure below shows that in 2013 the UK had a cumulative installed offshore wind power capacity of 3,681MW, while the US had under 1MW. 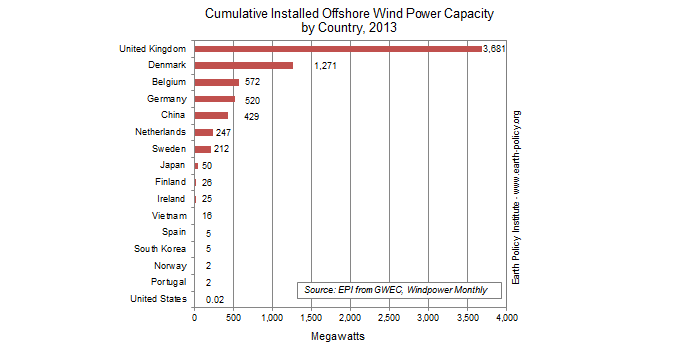 That 0.02MW of capacity comes from VolturnUS, a single floating offshore wind turbine located just outside Castine Harbour. It was deployed as a test in 2013, stands at nearly 20 metres (65 feet) tall and was developed by a consortium led by the University of Maine [5].

The installation of the first offshore turbine foundation in the Block Island Offshore Wind Farm is an historic moment for the US, as too will be full opening in 2016. As a country that has not invested much in offshore wind as an energy resource, the Block Island Offshore Wind Farm will not only be a test of engineering, but of the benefit it can bring to its people.