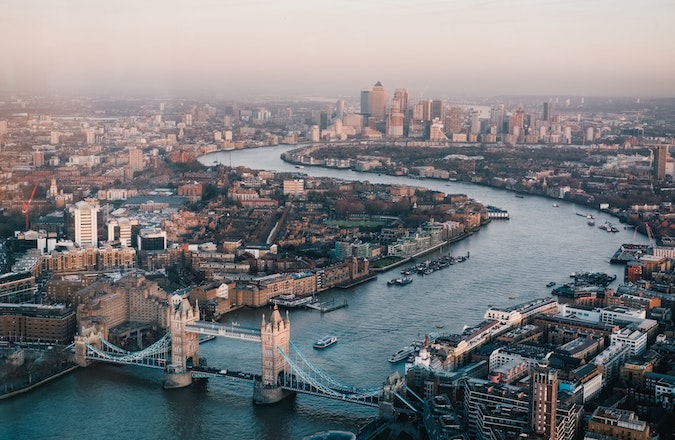 London has an ambitious target to become a zero-carbon city by 2030. On March 19th 2021, Sadiq Khan, outlined plans for a major move to switch Transport for London (TFL) – the capital’s biggest energy consumer – and the Greater London Authority (GLA) group to support renewable power. A programme of work is now underway to procure renewable Power Purchase Agreements (PPAs). These are long-term contracts direct with energy generators which guarantee energy is supplied by renewable energy sources such as wind and solar power, rather than a mix of power generators that emit carbon into the atmosphere.[1]

Cities around the world are increasingly shifting to renewable electricity. Most of the UK’s towns and cities have now committed to switching to 100% clean energy by 2050. Momentum is growing in the US too: More than 170 cities across the United States have set goals to power their communities with 100% renewable electricity by 2050.[2]

Cities want to shift to renewable energy, but how realistic would it be to generate electricity for an entire city solely with sources such as solar, wind, geothermal, and hydropower?

It is unlikely that many cities can generate all their power from renewable sources within the city boundaries. In built-up areas it is difficult to imagine how a wind or solar farm could be constructed in a limited space. Rooftop PV solar is ideally suited to use in cities but there are limits to the surface area available, and may face potential challenges for developments to not cause unacceptable impacts associated with reflected sunlight by the panels. A city will therefore have to outsource electricity, as it already does for food.

Shifting to clean electricity means management of a city’s total environmental impact so that a city purchases enough electricity from wind, solar, or other clean sources to balance out the power that they use over the course of the year. Cities can therefore reduce emissions by reducing energy use and generating some renewable energy from within their boundaries. But it is inevitable they will also have to import[3] electricity from outside of their territories and this is where 100% renewable status power becomes a challenge.

Cities are striving to go from a very small percentage of renewables to 100% on an extremely ambitious timeline. Even when the sun isn’t shining and the wind isn’t blowing, electricity is still required to be flowing through the grid to keep the lights on. At the moment, a lot of that more consistent energy comes from non-renewable sources, mainly natural gas and coal. Cities do not operate as an island of electricity; they are connected to a larger grid where fossil fuel and renewable power all mix together once it reaches the grid. That means even a 100% renewable city might, from time to time, be sourcing its electricity from fossil fuels.

Given the location-specific and variable nature of renewable energy technologies, energy storage can also be a significant challenge. As wind and solar still produce intermittently a reliable, cost-effective battery solution is required to store the energy to enable the peaks and troughs to be managed effectively. Wind and solar can generate a significant portion of electricity demand but reaching the generation infrastructure necessary for meeting base and peak electrical loads[5] is something that has yet to be achieved.

In order to shift their power supply from coal and natural gas, the primary action for cities is to understand their energy mix and overall environmental impact. Once cities have this knowledge and insight, they can make a commitment to transition to renewable energy and develop an action plan based on ambitious targets.[6]