The pledge made by the PM

Boris Johnson has announced during a virtual Conservative Party conference his pledge to invest £160 million ($207.46 million) in offshore wind farms, to generate enough electricity to power every home in the UK by 2030. 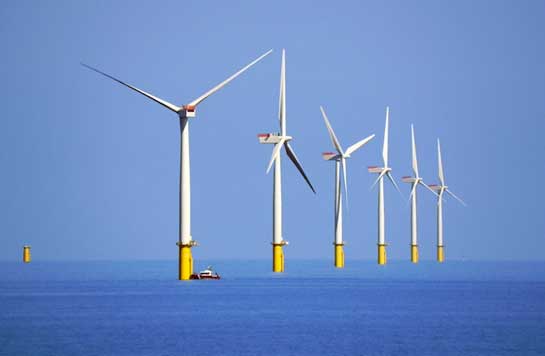 The prime minister aims to carry out the plan by investing in ports and factories to manufacture “the next generation of turbines”, claiming it would generate 2,000 jobs in construction and support 60,000 more, as well as acknowledging the use of floating offshore wind turbines (capable of delivering 1GW of energy; over 15 times the current floating offshore volumes worldwide)[1].

What does this mean for the UK?

The PM seeks for the UK to become “the world leader in clean wind energy” urging that UK has the potential of being the “Saudi Arabia of wind power”, adding “As Saudi Arabia is to oil, the UK is to wind – a place of almost limitless resources, but in the case of wind without the carbon emissions and without the damage to the environment.”[2]

The locations which have been mentioned as potentials for the investment are:

Speaking on his plans for the UK sites, Boris Johnson advised that “Far out in the deepest waters we will harvest the gusts, and by upgrading infrastructure in places like Teesside and Humber and Scotland and Wales, we will increase an offshore wind capacity that is already the biggest in the world.”

Further to the prime minister’s speech, the Independent has reported that Jonathan Bartley; co-leader of the Green party, advised “For decades, Greens have been arguing that the UK is ideally placed to become a world leader in onshore and offshore wind power”[3].

The government has come under fire in recent months for failing to set out plans for a green recovery that would put the UK on track to meet its goal of reaching net-zero carbon emissions by 2050. Apart from £3bn for insulating homes, there were no green measures in the Covid-19 recovery plan[4].

Reported by The Independent, Jess Ralston; an analyst at the Energy and Climate Intelligence Unit, advised that “This ambitious medium-term target to up the offshore wind sector’s input into the net-zero electricity system is equally as good for reducing carbon emissions as it is for consumer’s wallets. Offshore wind is one of the cheapest and greenest renewable electricity sources around and at 40GW, as promised by 2030, it could account for around half of the UK’s energy needs at the end of the decade. This would place us at a world-leading level of renewable generation – double the whole of Europe’s current offshore wind capacity (around 22GW).” (source: The Independent[3]).

What are the complications?

While the plan to power all houses in the UK by using offshore wind farms has many benefits, there are concerns which need to be taken into consideration:

What is the solution?

The government needs to take action in regard to where the required investment will come from; the envisioned £160 million will not be enough to create a great enough impact on the net-zero target. Premises such as offices and factories also need to be included.

A clear plan of action is required by the government to reach the goal within a decade; as analysts suggested that reaching 40 gigawatts (GW) of offshore wind capacity would require £50 billion of capital investment and the completion of a turbine every weekday for the next 10 years.