It is expected that flights volume will increase in the future. This will put air traffic management under pressure, and it will require the surveillance system to be improved. Therefore, many countries are shifting towards ADS-B surveillance systems. 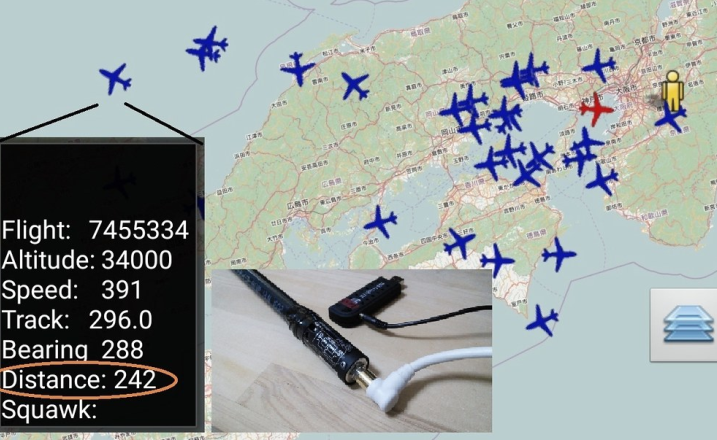 ADS-B is a surveillance system which permits aircrafts to broadcast information (aircraft ID, altitude, velocity and other data) to air traffic control or satellites (ADS-B Out) and to other aircraft, if the system is fully equipped (ADS-B in).

The ADS-B acronym stands for:

The position of the aircraft is transmitted via an ADS-B enabled transponder at regular and short intervals to an ADS-B receiver (satellite or ground station) which collects and sends the data to other air traffic control management units. The ability of the ADS-B receiver to receive a signal depends on altitude, distance from the site and obstructing terrain. The maximum range of an ADS-B transponder can exceed 250 nautical miles. In airspace immediately surrounding each ground station, surveillance coverage extends to near the surface [2].

ADS-B surveillance system, when compared to existing systems (SSR), has several benefits for the ATM network:

Many countries and regions are passing regulations in order to favour the adaptation of ADS-B by airports and aircraft. In the United States of America, the FFA (Federal Aviation Administration) has mandated that aircraft operating in airspace that now requires a Mode C transponder must be equipped with ADS-B Out by Jan. 1, 2020 [4], Australia has the same deadline but has made some exceptions [5]. The EU mandate has set the 7th of June 2020 as a deadline date for the ADS-B implementation on aircraft. The aircraft affected will have the following characteristics:

The industry has, however, low confidence in the deadline set by the European Council. A report carried out by SESAR (Single European Sky ATM Research) in 2018 showed that only the 20% of the fleets affected by the regulation have implemented ADS-B and it is expected that the 15% to 25% will not meet the deadline [6]. Currently EASA (European Union Aviation Safety Agency) is developing a proposal for potential exemptions based on the ADS-B Implementation Plan developed by SDM (SESAR DM), which will be assessed by the European Commission and should be published soon [7].