During the planning stages of a five turbine wind farm in Fife, Scotland, three separate concerns were raised in relation to radar, aviation safety and wireless telecommunication links. These were related to:

In order to address these concerns the wind farm developer, Infinis Energy Services Limited, commissioned Pager Power to undertake necessary investigations, in-situ surveys and engage with the relevant stakeholders. Our results and discussions with the stakeholders contributed in resolving concerns.

The five turbine development, hereafter referred to as the Westfield Wind Farm, was to be located in an unused former coal site close to the village of Kinglassie.

The proposed Westfield Wind Farm by Infinis Energy Services Limited was to consist of five turbines with a tip height of 110m. The location of the project is an unused former coal site close to the village of Kinglassie. Figure 2[2] shows the proposed site during a visit in November 2009.

There were five prominent challenges associated with this project:

In the first instance we undertook initial technical analysis and attended a meeting with Met Office representatives. Following the meeting we had a better understanding of the concerns and agreed to undertake a Meteorological Radar Impact Assessment for the Munduff Hill Met Radar.

The assessment considered Shadowing, Clutter and Doppler interference mechanisms. The results of the assessment provided a better insight on potential interference effects which were followed up by further analysis and discussions with the Met Office.

Figure 4[4] shows Munduff Hill Meteorological Radar. The picture was taken during a Pager Power flight around the Westfield site.

We undertook various in order to contribute in the resolution of the airport’s concerns and enable the co-existence of wind turbines and Fife airport. This included technical assessments, flying into Fife Airport, stakeholder discussions and meetings. Specific items included:

To address the concerns regarding thermals we undertook initial analysis and produced a briefing note, explaining how thermals are formed and the effect the wind turbines have on them. Figure 7 shows a diagram produced by Pager Power.

A survey was undertaken of the BT wireless microwave link ends for which concerns had been raised. The survey measured the link end antennae coordinates and heights at East Lomond and Crossgates Cuttlehill Farm. The acquired survey data were used to undertake 3D analysis using Ofcom guidelines. An example calculation for Wind Turbine 5 (WT5) is shown in Figure 8.

The most likely NATS En-Route Radar to be affected was Lowther Hill Primary Surveillance Radar (PSR). Radar line of sight analysis for all five wind turbines was undertaken to clarify the results of the NATS self-assessment maps. The results showed that all wind turbines were likely to be below radar line of sight by a margin of over 75m. Given that margin no concerns from NATS En-Route were expected.

The NATS Lowther Hill PSR line of sight to Westfield Wind Turbine 1 is shown in Figure 9.

Construction for four of the five wind turbines commenced in July 2012 and the Westfield Wind Farm became operational in March 2013. More specifically:

The Westfield Wind Farm has an installed capacity of 10MW comprised of four 2.5MW Nordex N90.

Figure 2: Picture of the coal site prior to the construction of the Westfield Wind Farm

Figure 6: Aerial view during our flight into Fife Airport above the Westfield Site[6]

Figure 7: Diagram of thermal formation in a flatland area

Figure 11: At Fife Airport during a site visit by Pager Power[8] 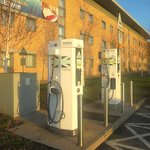 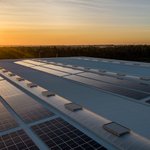 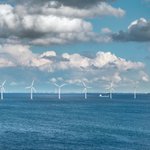