We have worked on a large number of solar developments situated all over the world. It is always interesting to discover record setters, planning successes and impressively designed solar developments which set them apart from the rest.

The following article presents a list of 10 international solar developments which stand out for varying reasons.  It is not a comprehensive list, instead it has been compiled to inspire and show the impressive feats of engineering within the solar industry.

Situated on a lake formed from a collapsed coal mine in the Anhui province exists the world’s largest floating solar farm. It has a capacity totalling 40MW from its 166,000 solar panels. China is rapidly expanding its solar PV capacity, so how long this development holds onto the title is yet to be seen[1]. 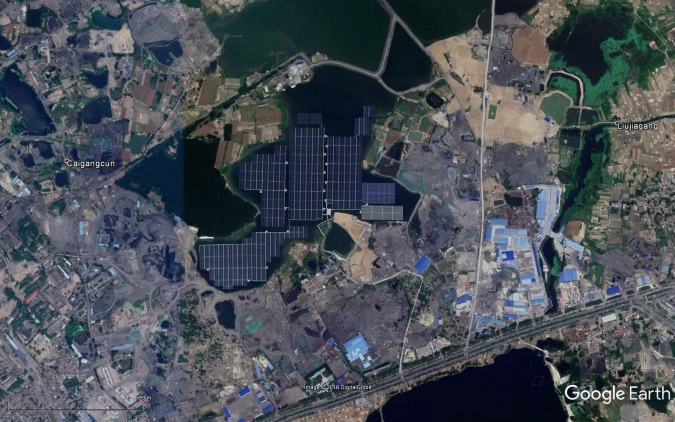 The majority of solar farms are located on flat ground for ease of construction whilst reducing visibility to neighbours. The Les Mées Solar Farm is slightly different in that it is situated on rolling hills 800m above sea level. At this altitude however conditions are more favourable for solar photovoltaic energy production, with an energy yield that is 10 to 15% above the average. In total the 112,000 solar panels cover an area of 200 hectares with a total capacity of 100MW. Not only is the solar farm located on a picturesque backdrop, the rolling hills on which the solar panels are located allows for some impressive photos[3]. The solar farm was also once the largest in the country however this has now been surpassed by Cestas Solar Park in Bordeaux, with a capacity of 300MW. This is also currently the largest solar development on the continent[4]. 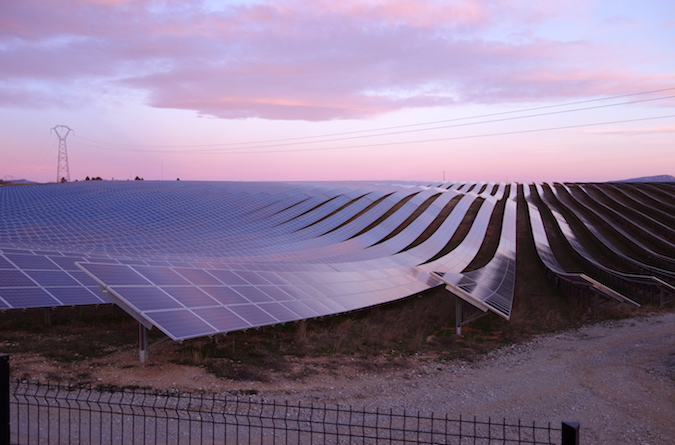 The Panda Power Plant located the hills of Datong of the Shanxi province, is the first of several proposed Panda shaped solar farms in the country. It has a 100MW capacity which will save over 1 million tons of coal or reducing 2.74 million tons of carbon dioxide emissions over its 25 year life span. The current solar farm consists of two baby pandas, while additional development in the future will add two adult pandas[6],[7]. 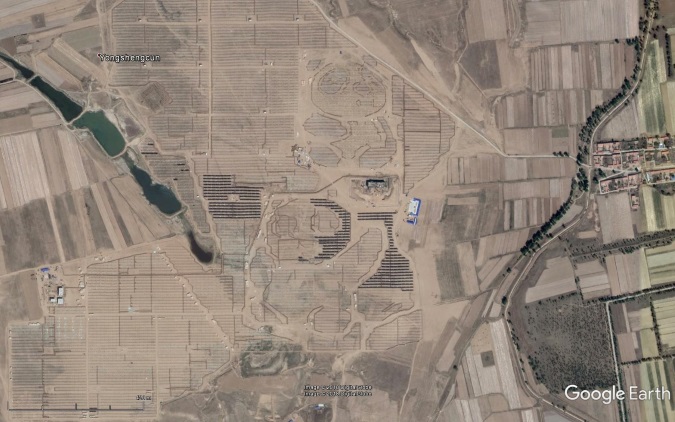 It is likely that you have encountered Disney and the iconic Micky Mouse at some point in your life. Now you can view the world’s most famous rodent in solar farm form. Built in 2016, the development has a capacity of 5MW and is situated close to Disney’s Epcot theme park in Orlando, Florida[9]. 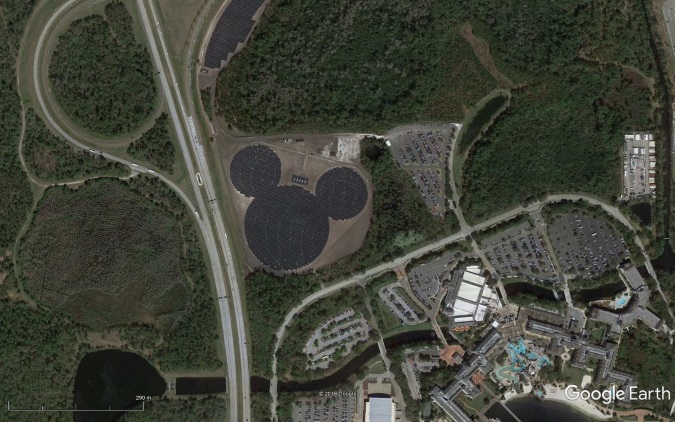 We are yet to work on a concentrated solar farm project however that doesn’t stop us keeping tabs on the industry and the developments being constructed. The Crescent Dunes Project is just one of many concentrated solar PV development throughout the world, and this is just one of many examples we could have chosen. So why is it fascinating? Well it was the first utility-scale facility in the world to feature advanced molten salt power tower energy storage capabilities. This means the project can deliver enough firm, reliable electricity to power 75,000 homes during peak demand periods, day and night, whether or not the sun is shining[11]. 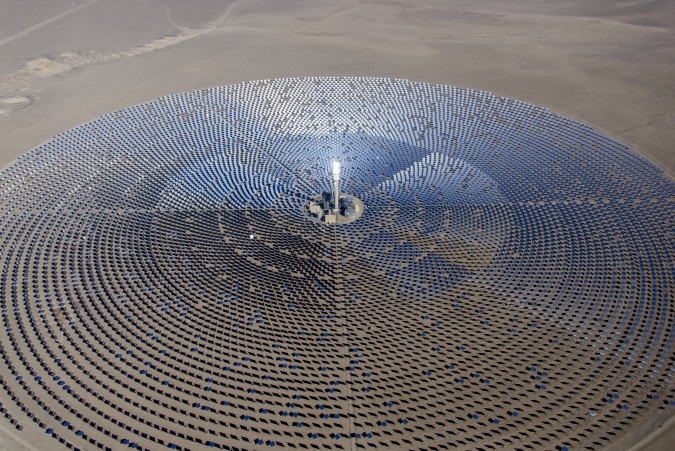 Solar developments don’t have to be big to be fascinating. The ‘SolaRoad’ in Krommenie, Netherlands, is the world’s first bike path made from solar panels. It is a working prototype project for testing the viability of various proposals for smart highways. The road is now 90 metres long (extended from 70 metres) and the development opened in October 2014. The project is subject to a three year testing period which is due to end later this year[12],[13].

The world’s largest solar farm is currently located in Zhongwei, Ningxia, China and has a capacity of just over 1.5GW. It is commonly known as the “Great Wall of Solar”. Its location in the Tengger Desert is arid and covers over 36,000 km. The solar field itself covers 1,200 Km (3.3%) of the total desert area[14]. 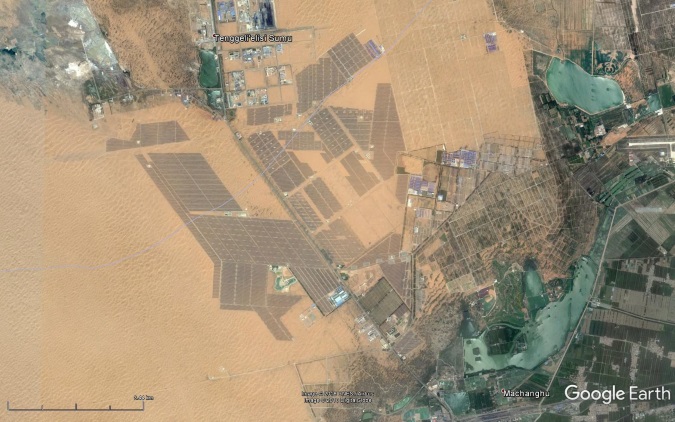 The Pavagada solar power park will be the largest in the world once it is fully completed however it is currently only in its first stage of construction. An initial 600MW has been constructed over 13,00 acres by six developers, with reports stating the eventual capacity will reach 2-2.7GW[16],[17]. 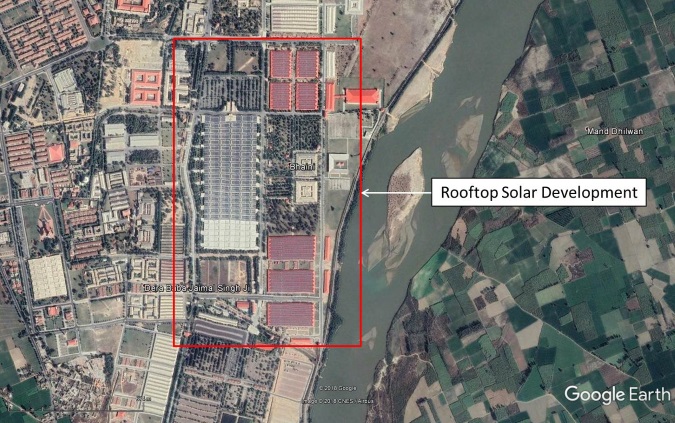 And finally…back before we moved offices, Pager Power had a solar development of its own. The 4KW system supplemented the offices power usage and was operational for 4 years. Unfortunately, since moving offices the solar panels have had to be removed; however there is always a chance the Pager Power Solar Development will return in the future. 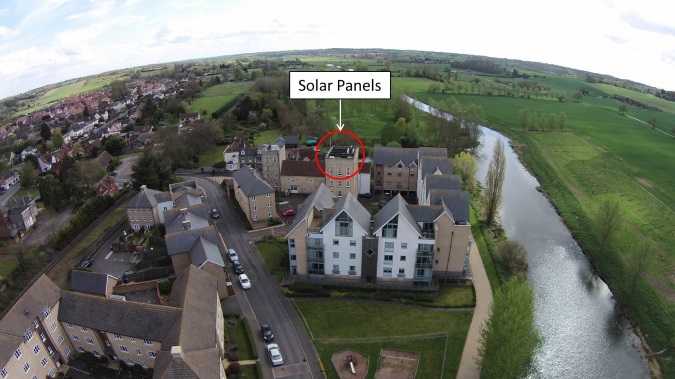 Have we missed one?

Have we missed any interesting worldwide solar developments, be it for planning, aesthetic or record setting reasons? Please comment in the box below and let us know.