A solar development located to the north of Stillwater, Nevada, in the USA, has come under scrutiny following reported glare towards surrounding residents located east and west of the solar panels. The developer is now in the process of implementing mitigation[1].

The PV development has been operational since 2012 and has a capacity of 26MW. The development covers a total area of 240 acres and consists of 89,000 solar panels.

The whole development is known as the Stillwater Triple Hybrid Power Plant. It consists of the solar photovoltaic development, a concentrated solar power system and a geothermal power plant. The development is a world first for combining all three of these technologies in a single plant and the total generating capacity is 61 MW[2] .

Further information on the combined power plant can be found here.

A complaint was received in December 2016, four years after the development was constructed. A meeting was held and an investigation was completed. The investigation showed that the glare would last for about an hour to an hour-and-a-half for five months out of the year and that is was visible from the ground and first floor of the dwellings.

The properties affected are located at 4500 Freeman Lane and 4110 Portuguese Lane. The approximate location of the affected dwellings is presented in Figure 1 below. The solar development can also be seen between the two locations. 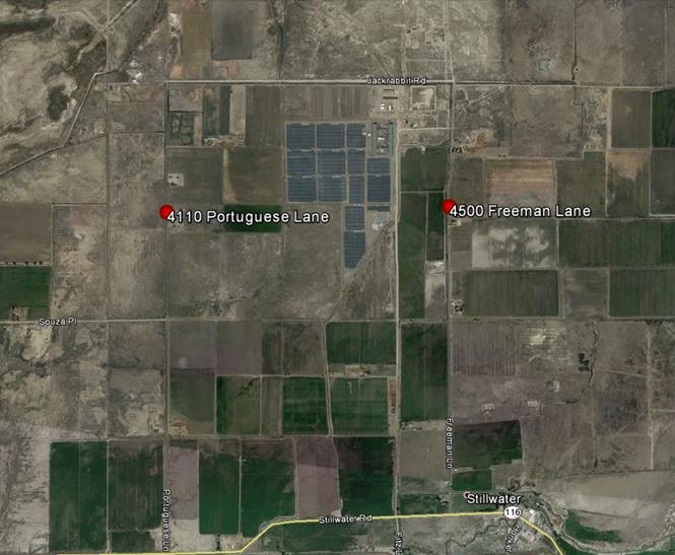 The screening however has only been able to mitigate the glare to the ground floor but the developer has suggested that window shades, solar film or an automatic blackout curtain are potential options for the upper floors.