What Is Shadow Flicker?

Shadow flicker is the effect of rotating turbine blades causing brightness levels to vary periodically at locations where they obstruct the Sun’s rays. This can be a cause of annoyance at residences near wind developments.  The figure below shows a photograph of a wind turbine blade obstructing the Sun. 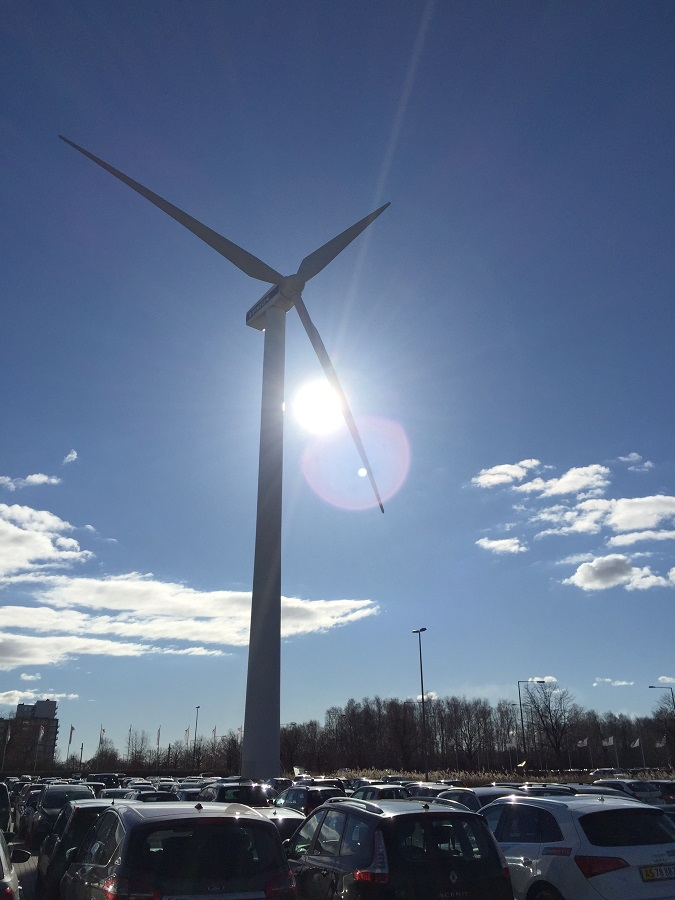 Is It a Real Problem?

In a word: yes. The video below gives an idea of what shadow flicker looks like in real life.

To some, this may not seem like a big problem, particularly if it only occurs for short amounts of the day / year. Nevertheless, three ways shadow flicker can make life difficult for a wind developers are:

The good news is that shadow flicker effects can be readily predicted. Modelling needs to consider the path of the Sun at the turbine location, the receptor locations and the terrain data for the area. This allows us to determine where, when and for how long effects will take place. The figure below shows an example of modelling output at a given receptor. 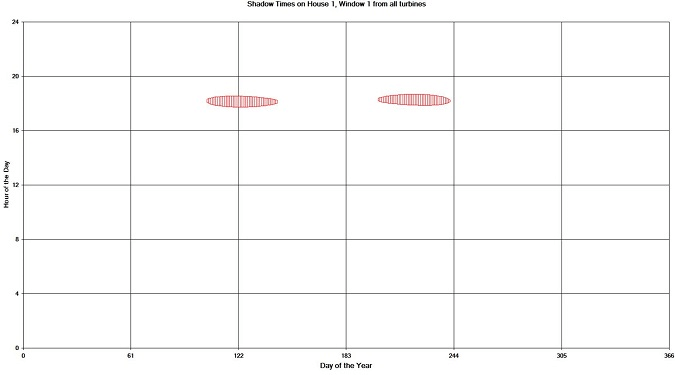 In this example, it can be seen that effects are predicted around 18:00-19:00 for parts of April/May and July/August.

How Much Shadow Flicker Is Too Much?

This is where the grey areas come in. There is some guidance[1],[2] on what needs to be considered, and what the limits are. However, these are not set in stone and guidance varies from country to county. The best approach is to quantify the effects and understand the impacts relative to the guidance in order to address the issue responsibly.

The most practical solutions to shadow flicker issues are set out below. The best strategy will depend on the constraints for each individual development.

It is advisable to consider shadow flicker effects sooner rather than later. This allows the issues to be understood ahead of time and also maximises potential mitigation options at the design phase.

It is recommended that detailed modelling is carried out for any proposed turbines and for the results to be evaluated comprehensively.

How Pager Power Can help

Pager Power has a lot of experience dealing with shadow flicker issues, before and after objections are received.

We have completed assessments and Environmental Chapters for developments in Britain and Northern Ireland as part of the application process. We have also designed shut-down schemes for developments where impacts have been predicted, these have then served as mitigation to avoid adverse effects.

If you have any queries or could use some assistance on a project, please get in touch.

Editors Note: This post was first published on 12th April 2013, but has been updated for accuracy and comprehensiveness.