The International Energy Agency has published [1] its Medium-Term Renewable Energy Market Report for 2014. This has revealed that 2013 saw almost 22% of the global energy consumption come from renewable sources – a new record. The same report also stated that generation from renewables is now on par with natural gas.

The chart below shows the contribution of renewables sources to the global energy demand for 2007, 2012 and 2013. 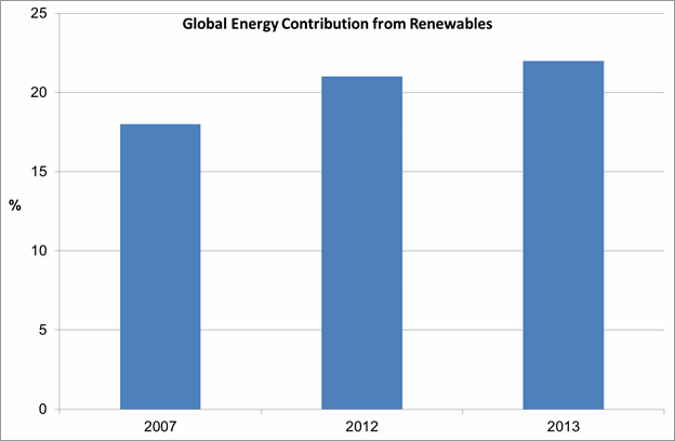 It has been reported that [2] 2013 saw the fastest expansion to date of renewable power capacity.

Too early to celebrate?

The IEA report warns of challenges facing the long term deployment of renewables, citing policy uncertainty as one of the concerns. The report suggests that generation growth is anticipated. However, it also indicates that renewable power capacity additions and investment may level off.

While the industry continues to break barriers, the future remains uncertain. What do you think?