Since the rise of Electric Vehicles (EVs), their drivers have been burdened by a fear of not having enough fuel to reach their destination – a phenomenon known as ‘range anxiety’. Whilst this does apply to conventional vehicles, it has become more prevalent due to the low ranges of EVs, the lack of infrastructure, and the long charging times.

Although longer range EVs and rapid charging have come some way to combat range anxiety, it is now expected to be the greatest hurdle in the way of the mass adoption of EVs[1]. In this article, we look at two recent EV battery breakthroughs that could see range anxiety become a thing of the past. 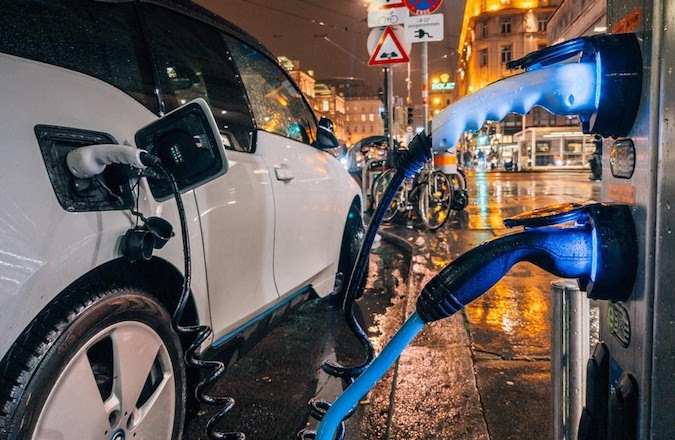 The first recent breakthrough is a factory produced lithium-ion battery that is capable of fully charging in just five minutes. The battery has been developed by the Israeli company StoreDot – whose company slogan is “the extreme-fast charging battery pioneers” – and manufactured by its partner Eve Energy on a standard production line in China[1].

The rapid charging is achieved by replacing the graphite electrode – which can short circuit the battery when rapidly charged – with semi-conductor nanoparticles where ions can pass more quickly and easily[2]. This is a significant breakthrough because a battery that has been produced on a standard production line could be mass produced, raising its prospect of being a viable and cost-effective option for mass market vehicles.

Although existing chargers are incapable of supplying the required power output to achieve a fully charged battery in five minutes, StoreDot aims to deliver 100 miles of charge in five minutes using the available infrastructure by 2025[2].

The second recent breakthrough is a self-heating lithium-ion phosphate battery – invented by scientists at Penn State University – that can be fully charged in 10 minutes and reach a range of 250 miles.

As batteries need to heat up before they charge, the trick to attaining this charging speed is to quickly heat the battery to around 60º C prior to starting a charging cycle[3]. This is accomplished by “a thin nickel foil with one end attached to the negative terminal, and the other extending outside the cell to create a third terminal. Once electrons flow it rapidly heats up the nickel foil through resistance heating and warm the inside of the battery”[4].

The researchers have claimed that the battery could have an impressive lifespan of over 2 million miles, and that it is suitable for mass market vehicles due to its reduced weight, volume, and cost[3]. However, according to a review from Anna Tomaszewska, at Imperial College, London, these technologies are likely to be initially more expensive and difficult to manufacturer[5]. This indicates that they will be rolled out in niche markets first and will be used in mass market vehicles later.

Further breakthroughs and technological advances such as these are expected in the next few years. It’s likely that the watershed moment will be when charging a mass market EV becomes as quick and easy as refuelling a conventional vehicle at a petrol station.

[6] Car parked at a special EV parking spot near electric car charger” by Ivan Radic, licensed under CC BY 2.0