The Parc Cynog Solar Farm, owned by Vattenfall, gained planning consent in November 2015 and became operational on April 1st 2016. The photovoltaic (PV) plant, which covers an area of approximately eight hectares, is located in southern Carmarthenshire.

In total, the solar farm consists of over 18,500 PV panels and has a total capacity of 4.99MW. The PV plant will generate 5.5GWh of solar power annually, which is enough to provide 1,441 British homes with electricity [1].

The solar farm is located adjacent to Vattenfall’s operational 11 turbine Parc Cynog wind farm. Indeed, the solar farm will be situated in one field at Castle Lloyd Farm that already contains one of the turbines. The solar farm and wind farm now share the same grid connection and it will remain operational for 30 years. 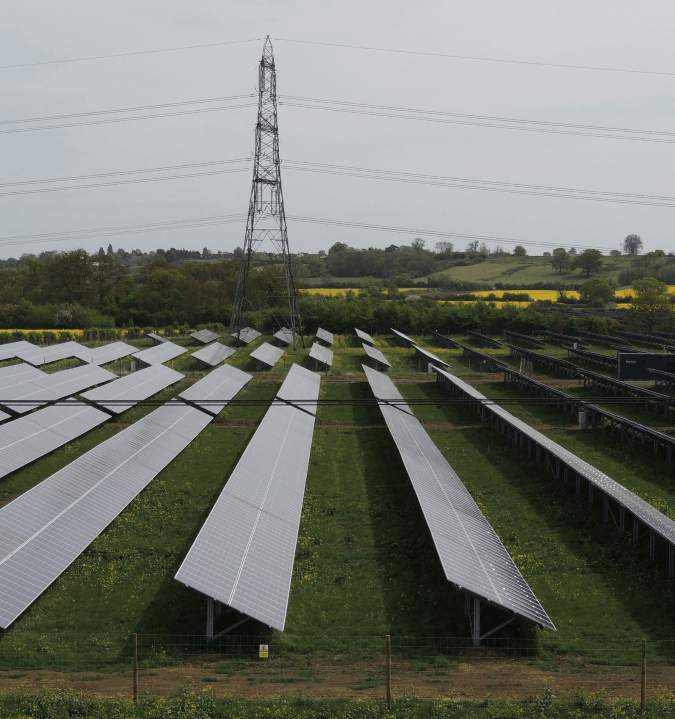 As part of the planning application, Pager Power completed the Glint and Glare Impact Assessment for the Parc Cynog Solar Farm, which included an assessment of surrounding roads and existing dwellings.

The overall conclusions in this case were that any solar reflection from the solar panels would not affect the safety of road users nor significantly impact upon residential amenity.