For Pager Power, it’s bring your dog to work everyday

For Pager Power, it’s bring your dog to work everyday

Friday 23rd of June is this year’s ‘Bring Your Dog To Work Day’. A nationwide event created to raise money for charities dedicated to making a difference to the welfare of dogs. As well as raising funds for charity, Bring Your Dog to Work Day is mooted as also being hugely beneficial for employee productivity and wellbeing. 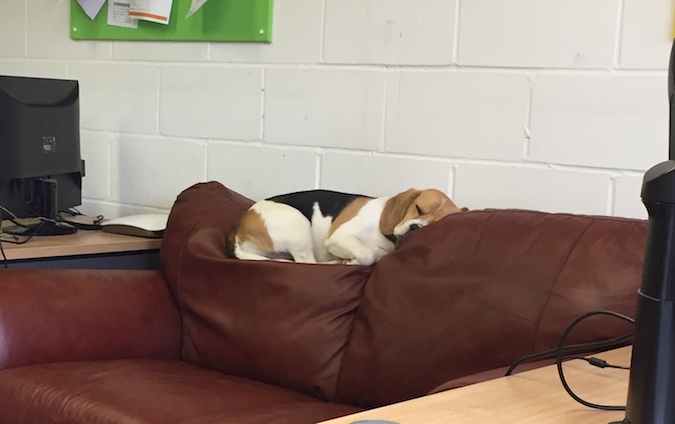 Figure 1: Gamble having a snooze in the Pager Power office.

Studies on the benefits of dogs in the office

Scientists conducting research into the effects of bringing dogs to work would support this statement. In 2012, researchers for the Virginia Commonwealth University[1] in the US found that dogs may make a positive difference in the workplace by reducing stress and making the job more satisfying for other employees.

Another study, reported in a paper by psychologists at Central Michigan University[2], found that there are three key benefits of bringing dogs to a workplace. Firstly dogs may lower stress, heart rate and blood pressure, and make individuals working alone feel less lonely. Second, people are perceived as more friendly and approachable when a dog is present in the office. Finally, it’s likely to increase cooperation and other positive behaviours among members of work groups.

Interestingly it is tech companies that are leading the pack with dog friendly offices. Why is this? A recent article in the FT cited that it is because dogs are the antidote to all things digital[3]. The article’s author suggests that dogs play the important role of socialising their owners in highly  technological environments. Google and the like clearly see a benefit for their staff bringing their dogs to work, as the trend continues to grow in modern tech offices on both sides of the Atlantic. 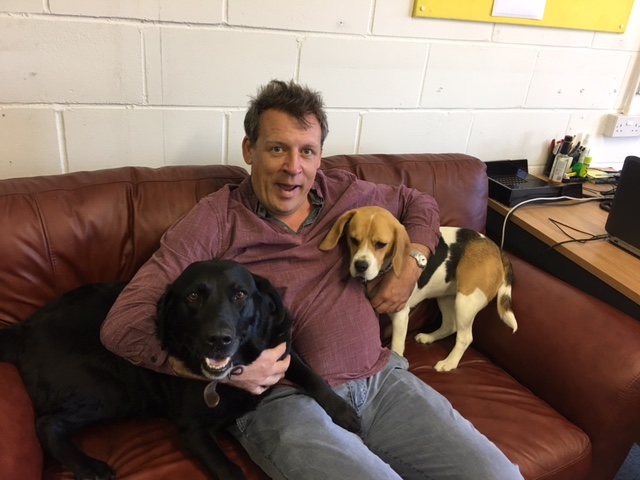 At Pager Power we’ve always welcomed dogs in the office. Owner Mike Watson has been bringing his black Labrador, Ebony, now 9 years old into the office regularly since she was a pup. Kai Frolic’s Beagle, Gamble, makes regular visits much to the team’s delight. Put simply, dogs make the Pager Power office a more enjoyable and relaxed place to work.

Mike Watson says “When I don’t bring Ebony into the office for whatever reason, she is clearly missed by the rest of the team. In my opinion, dogs reduce potential for conflict and tension in the workplace – not that we have much of that at Pager Power!”

[1] Virginia Commonwealth University Benefits of taking Fido to work may not be far fetched.
[2] Report of study by psychologists at Central Michigan University by the Society for Industrial Organisational Psychology
[3] FT Weekend Magazine May 13/14 2017