Aeronautical radio systems are used for communications between air traffic controllers and pilots. They are referred to as Air Ground Air (AGA) systems and operate in the Very High Frequency (VHF) frequency band. 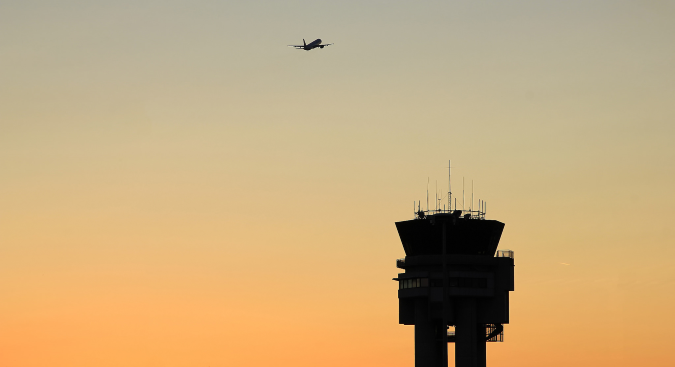 Wind turbines can be tall structures having maximum tip heights of up to 200 metres above ground level. They usually have 3 blades and rotate at typically 12 revolutions per minute facing into the wind. The captured energy from the wind is turned into electricity. Their operation can impact radio communications by blocking, reflecting or emitting signals. The actual effects on any particular radio system are dependent on the design and use of the radio system; the size and siting of the wind farm as well as the cumulative effects of other wind farms.

There are published guidelines relating to the siting of wind turbines and other structures in the proximity of aeronautical radio installations including AGA radio sites.

The relevant guidelines in Europe are those published by the ICAO European Office – European Guidance Material on Managing Building Restricted Areas [ICAO EUR DOC 015]. This document defines a volume around VHF AGA sites in which new developments should be assessed to determine whether unacceptable interference may be caused.  The volume extends to a maximum radius of 3 kilometres from the VHF station.

In the United States (US) there are specified minimum clearance distances for developments in the vicinity of communications facilities. Federal Aviation Administration FAA order JO 7400.2K applies and states:

Communication Facilities. Minimum desirable distances to prevent interference problems between communication facilities and other construction are:

(a) 1,000 feet from power transmission lines (other than those serving the facility) and other radio or radar facilities.

(b) 300 feet from areas of high vehicle activity such as highways, busy roads, and large parking areas.

There do not appear to be any specific guidelines for the siting of wind turbines near aeronautical radio communication stations in the United States. Note that there are specific wind turbine guidelines for other radio systems such as DVOR radio navigation beacons.

It is common to undertake assessments of specific wind turbine proposals on specific aeronautical facilities in two stages. The first stage is technical and usually involves calculations to determine the development’s likely technical effect on the facility (for example a reduction in voice quality in a specific volume of airspace).

Any technical assessment requires an understanding of the radio system Designated Operational Coverage (DOC) volume. It is useful to establish whether the radio system is designed to provide full coverage in the DOC volume.

The next stage is to determine what parts of the DOC volume could be affected by the proposed wind development. This is followed by a determination of the likely technical impact in these parts of the DOC volume. It is usual to determine these likely effects by considering the Carrier to Interference ratio that arises due to multi-path reflections from the wind turbines.

The operational assessment should take into account the expected impact on voice communications; the volumes of airspace in which these effects are expected; aircraft using these volumes of airspace and use of the communication facility with aircraft in the impacted volumes. It may be necessary to have the assessment undertaken by an air traffic controller or a pilot that operates in the potentially affected volume of airspace.

The main country in which objections to wind farms are made due to their potential impact on aeronautical communication systems is the United Kingdom (UK). These objections arise from the provider of civil en-route air traffic services, NATS. There are few – if any – military or civil airport objections.

In the UK civil wind turbine objections can occur to a distance of up to 10 kilometres from the AGA communications facility. The reason for NATS’ relative conservatism compared to other operators is not fully understood. However some of the potential reasons include:

We have undertaken a number of specific studies of the effects of wind turbines on aeronautical communications ground stations. It is good practice to: