An experimental solar development located in Silverthorne, Colorado, USA has received a three year extension amidst glare complaints from a nearby resident[1].

The solar development, operated by Sulas Industries, has been designed to track the location of the Sun in the sky without using an electricity supply. The tracking system technology is known as the HelioDrive and can increase the electrical yield generated by the solar photovoltaic panel.

A photo of the experimental solar development is shown in Figure 1[2] below. 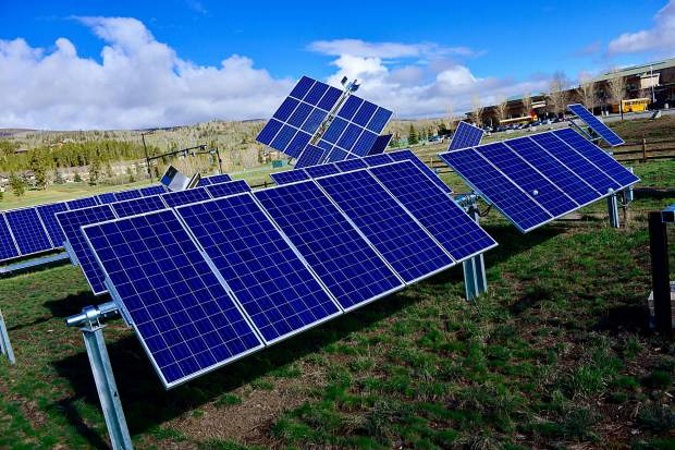 The location of the solar development is shown in Figure 2[3] below (red area). Specifically, it is located at North Pond Park in Silverthorne. 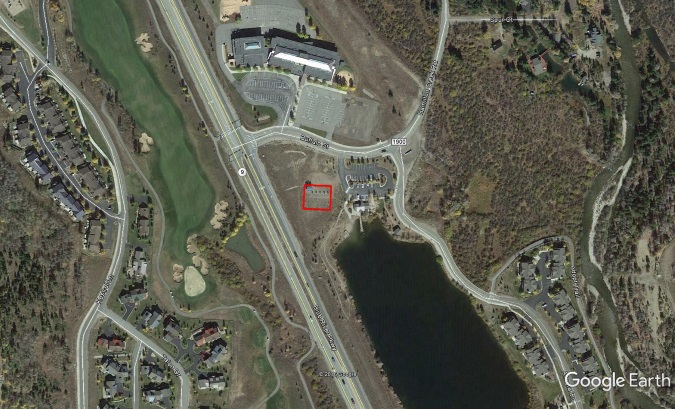 During the lease renewal process, a number of residents spoke in support of the solar development however one resident expressed concerns with respect to the solar glare experienced from their dwelling. The resident is located between 200-300 yards from the solar panels and stated, “the glare started coming from the solar collector on the southern horizontal array system, which became operational in 2015“, “I first photographed the glare on May 18, 2016. The amount of glare directed at my home varied by time of day and actual date, as the glare generated is a function of the relative positions of the sun and the Earth“.

Figure 3[4] below shows a photo of the reported glare from the resident. 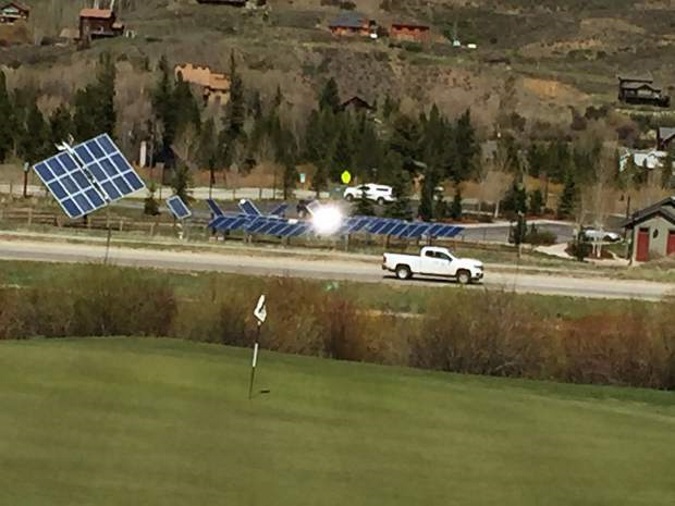 Figure 3: Photo of the reported glare

A councillor stated that they had been to the resident’s home and experienced the glare first-hand, describing the glare as “unimaginably bad“. The resident further stated “my living room, dining room and kitchen face out with huge windows, and I don’t want to close my blinds all summer to stop the glare”.

A solution has been put forward which involves installing a shield to attempt to block the glare. The council stated that whilst some glare was to be expected, it is hoping that the shield will reduce or eliminate the glare completely. The aim is to incorporate artistic design into the shield to make it as aesthetically pleasing as possible.

It is stated that one of the possible reasons for the continuous glare could be due to the solar panels being stuck in a position facing the residence.

The advanced solar panel tracking system has the potential to increase the energy yield of solar developments by maximising the light energy received.  In this instance however, the orientation of the solar panels has produced glare which has affected the residential amenity of a nearby resident. Pager Power has designed a glint and glare model specifically for tracking systems and in doing so, it is now possible to accurately determine where glint and glare effects could be experienced from tracking solar panels.  This can reduce or eliminate the risk of unwanted solar glare by identifying key receptor locations and designing appropriate mitigation.

For more information about our Glint and Glare Assessment Services or for a non-committal quote, contact us on 01787 319001.