According to the Northamptonshire Telegraph, disused Desborough Airfield, formerly an RAF Airbase during WW2, is the proposed location of a solar farm south of Wilbarston in Northamptonshire.

The solar farm will occupy land covering approximately 80 football pitches (or 112 hectares) and will have an install capacity of 49MW.

The image below shows an aerial image of the disused airfield where the solar panels are to be located. 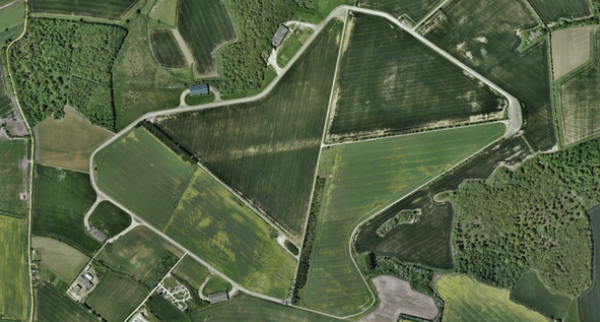 On and around disused and (sometimes) operational airfields can be ideal locations for solar farms due to the large areas of flat open land that are often offset from local dwellings. In this sense, the landscape and visual impact can be lower than those situated near to existing dwellings and roads.
The applicants have submitted the Environmental Statement Screening Opinion to the council. If the solar farm is eventually consented, it would be one of the largest solar farms in the area.