The South American country of Chile is known for its incredible standing in terms of tackling climate change, even being known as a worldwide leader on climate change. There are many statistics to support their achievement in improving their carbon footprint, such as the one confirming that almost 22% of Chile’s electricity comes from solar and wind energy production centres [1]. This is a higher percentage than the United States, with 13%, with the world average being 10%. Despite the country’s efforts to reduce its carbon footprint, use of imported natural gas; a fossil fuel-like coal and oil, has continued due to a favourable supply deal won from the government.

The Chile government invested in fossil fuel plants. This was due to natural gas importers and owners of gas plants successfully arguing their case that the power grid must take their electricity. The reason the electricity produced from gas is favoured in the power market is because under the international contracts, the importers must pay for gas, whether they need it or not – under the government regulations, they can declare electricity from gas imports “forced gas”. Therefore, although solar farms are spread across country, imported natural gas has been able to side-line the clean electricity they provide [2]. 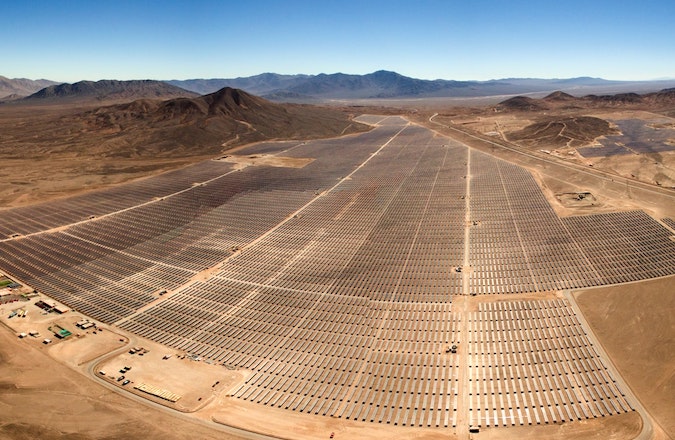 Timeline of Chile’s Move Towards Renewables

The move towards renewable energy began in Chile in the mid-2000s; at the time, Argentina greatly reduced gas exports to Chile in order to serve its own market. As a result, Chileans had limited electricity and power outages occurring frequently. To deal with this ordeal Chile used its asset of sunshine. Chile receives some of the most consistent sunshine in the world, especially in the northern Atacama Desert. Chile therefore sought investment in solar and wind projects, with the country requiring electricity companies to offer a minimum amount of renewable energy.

Developers then built hundreds of solar and wind plants, as well as systems that produce energy from the Earth’s heat, called geothermal plants. These energy centres were places throughout the country, which stretches out 4,300km from north to south.

The former environment minister of Chile Marcelo Mena, who leads Global Methane Hub, spoke about the situation in Chile. The leader of the non-profit group which aims to reduce methane emissions around the world said natural gas is basically methane, stating that they’re actually hindering the power that we can deliver from renewable energy. It’s been more of an opposition towards 100 percent renewable target.

Mena’s view on Chile is that renewable energy is being pushed out by fossil fuels in the northern part of the country, stating that “at the same time, in the south of Chile, there is a big lack of natural gas for heating and people are heating themselves with wood and choking on it”.

The main reason Chile is yet to use all its resources and ability to become renewable seems to be due to the changed rules for natural gas providers, which is still entering the power grid at a reduced price. However, the intent was never for the natural gas to displace the renewable energy, which has been invested in the country.

Former executive of Chile’s northern power grid, Daniel Salazar, said that large electricity storage systems are too costly to be widely used in Chile, with gas remaining at a low cost as a way to deal with the nation’s energy problems. There is hope for Chile to further expand their renewable energy, as the country could provide 30% of all electricity from solar producers by 2030, which the Association of Power Generators say would make it the nation’s largest source of power.