Modern aviation infrastructure around the world is underpinned by sophisticated electronic equipment. This ranges from well-known apparatus like radar to lesser-known equipment such as Instrument Landing Systems (ILS), navigation beacons, Air-Ground-Air (AGA) communication towers and many more.

All electronic equipment produces electromagnetic fields. The strength and extent of these fields is dependent on technical parameters such as power output and also the level of shielding that exists around the electronic components.

Effort is often made to minimise emissions produced by commercial equipment due to concerns over safety and electromagnetic interference. However, it is impossible to remove these fields altogether which means the potential for interference always remains.

Common examples of electromagnetic interference include mobile phones causing interference to music speakers when a text message is being received, or problems when operating two remote‑controlled cars next to each other.

Even objects that do not produce electromagnetic fields can interfere with them – think of a building that blocks the radio signals between two walkie-talkies.

This presents a particular concern for aviation because of wide range of electronic equipment that is used and the fact that much of it is for passenger safety.

Assessments for Projects Near Airports

The safety aspects of electromagnetic interference should be considered at the design stage of proposed developments near airports. 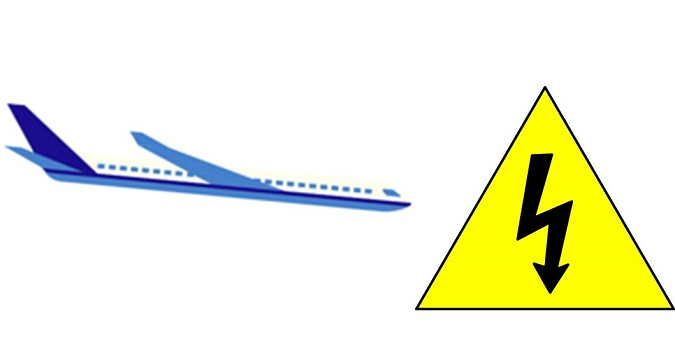 Image accreditation: “MASSIVE A380 @EZE airport” by Roger Schultz via Flickr / CC BY 2.0 / Image cropped and resized from original.

“Remote” by Thomas Abbs via Flickr / CC BY 2.0 / Image cropped and resized from original.