The Sowerby Lodge solar development is located in Cumbria, UK. The development comprises ground-mounted solar panels. Among the issues that the developer faced during the planning stages were concerns from Walney Island Aerodrome – to the southwest of the site – over the potential impact of solar glint and glare.

Pager Power was engaged to model the potential effects and engage with the aerodrome in order to take the development forward.

Large-scale solar developments in the UK – and many other countries – routinely require solar glint and glare assessments as part of the planning process. Concerns can be raised by the planning authority or other stakeholders such as airports.

The Sowerby Lodge development received concerns from Walney Island Arodrome, located to the southwest of the development as shown in figure 2.

The aerodrome had not dealt with glint and glare concerns from solar panels before and were therefore particularly keen to fully understand and quantify potential effects. This is why the desk-based analysis was used as the basis for a technical meeting with the airport in order to agree next steps. The most comprehensive guidance stipulates particular receptors that require assessment. The aerodrome requested that a number of additional receptors were also modelled within the analysis. Figure 3 illustrated the modelled receptor locations.

The process for investigating the potential concerns was as follows:

The purpose of the technical meeting was to present, explain and discuss the findings of the analysis. This also gave the aerodrome personnel the opportunity to explain their operations further and agree final additions to the modelling requirements.

All relevant receptor locations were modelled, with the potential effects quantified.

The implications of the potential effects were explored based on guidance, experience and comparisons with other sources of glint and glare.

Based on the multi-phase modelling approach and the comprehensive engagement with the aerodrome, all parties were satisfied that the development would not present a safety risk to Walney Island Aerodrome.

Following the analysis and engagement, the aerodrome was able to confirm it had no objections to the proposal.

The solar development received planning permission and was subsequently built.

You herd it here first! The land that makes an optimal area for livestock is often also an ideal spot for solar farms. Learn more: https://bit.ly/39uqG9A #solarenergy #solarfarms #solarpower #sheep 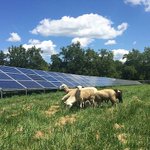 Pager Power has created 'The Sunflower Project' - a fundraiser event for its colleagues, in support of humanitarian aid for those affected by the war in Ukraine. Find out more: https://bit.ly/38ADR8G #ukraineconflict #humanitarianaid #ukrainewar #fundraising 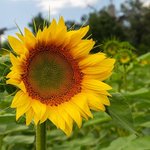 The Better Business Act is a coalition group whose mission is to change the law to ensure every company must align their interest with those of wider society and the environment. Learn more: https://bit.ly/3srHYe9 #environment #climatechange #betterbusinessact 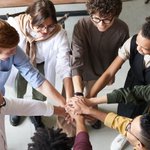