In the United Kingdom Public Safety Zones (PSZs) are established at the end of airport runways to limit the likelihood of members of the public on the ground dying as a result of air accidents.

What is the risk?

There is always a risk – which is extremely small when compared with the risk of deaths from other causes such as road accidents and illnesses. The level of risk increases close to runway ends – with the individual risk figure at the boundary of a PSZ being 1 in 100,000 years.

PSZs have a defined boundary which is used to restrict development. Most types of development within the boundary would normally be refused – particularly if the development will draw more people into the PSZ. Within a smaller, higher risk, area within each PSZ there is a requirement for airports to purchase residential properties so that they are no longer occupied.

The western Public Safety Zone at London City Airport is shown on the map below – marked in red. The higher risk 1:10,000 risk contour is shown in blue. 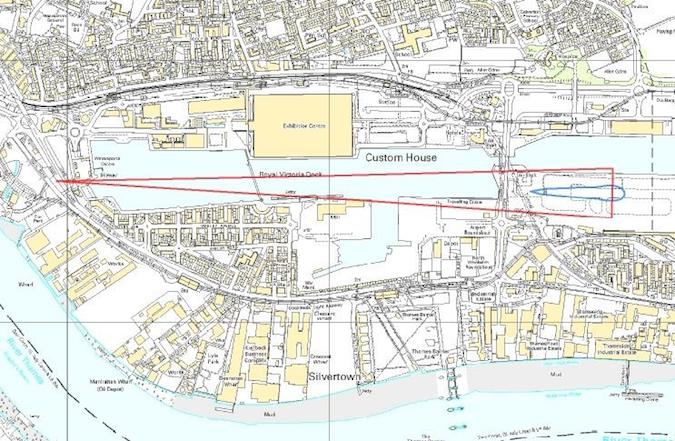 Which Airports have Public Safety Zones?

PSZs boundaries define the area where aircraft are most likely to hit the ground beyond the runway. The risk arises due to both departing and landing aircraft. In normal flight these aircraft follow the extended runway centre-line. Most aircraft accidents occur close to the runway threshold with the likelihood of accident increasing closer to the runway threshold. Risk contour modelling – which is based on historical accident data – results in a triangular PSZ with the widest end being closest to the airport.

In 2010 Flight BA 38 (see below) hit the ground on Heathrow’s extended runway centre line 330 metres from the runway threshold. 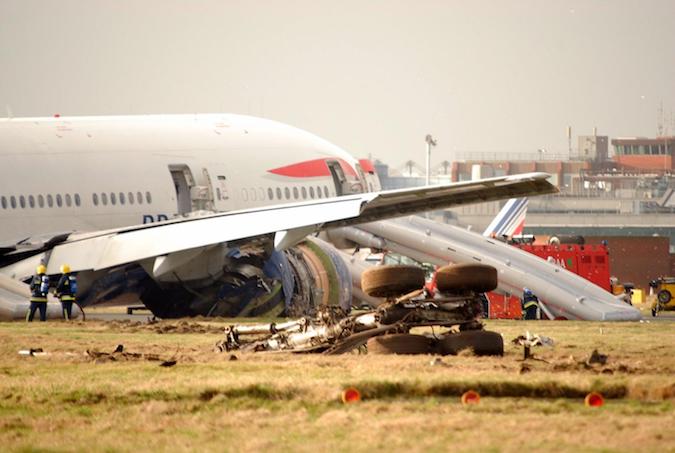 Are PSZz and Obstacle Limitation Surfaces the same?

Can I build outside Public Safety Zones?

Can I build inside Public Safety Zones?

Some development is allowed – particularly if it will not result in concentrations of people being in the zone for long periods. New residential development is unlikely to be approved where as long term car parking may well be approved.

Where can I seek advice?

Pager Power are able to advise on proposed developments in the vicinity of PSZs. For more information please contact Mike Watson on 01787 319001.