In almost every futuristic Sci-Fi film ever made there are humanoid robots, funky clothing or; most of all – flying cars. While artificial intelligence seems to be becoming a reality and Mike Watson having the funky clothing covered, flying cars still seem like they’re still stuck in a galaxy far, far away. However, not all hope might be lost as giants such as Uber, Airbus, Bell and Boeing have devoted significant resources into a new civil aviation technology; Vertical Take Off and Landing (VTOL) aircraft[1].

VTOL aircraft utilise technology that results in the aircraft being able to hover, take-off, and land- vertically. The current favoured method of generating lift for vertical take-off and landing is with four wing-fans plus two smaller, vectoring tail-mounted ducted fans[2]; though other variations do exist. Their primary goal is to transform the transportation of passengers and goods over smaller distances that can relieve the pressure on roads… Flying cars! Yet, for this technology to become a reality, it will have to overcome some major hurdles. Three of the most significant issues are outlined in this article but there are many more. 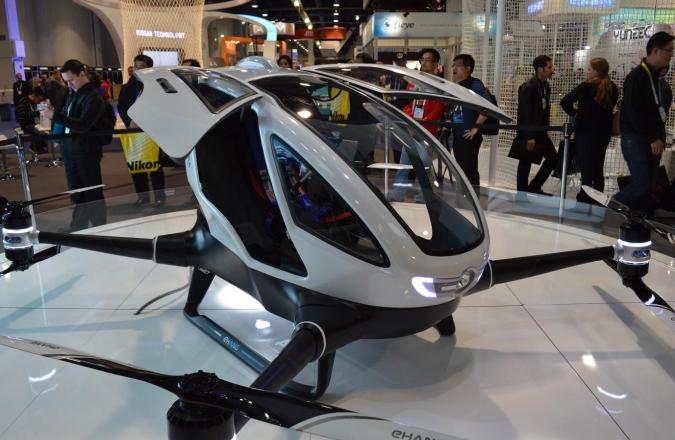 The forward momentum of traditional fixed-wing aircrafts means in the event of engine failure it will almost never result in a crash. This is not the case for a VTOL aircraft, where engine failure during the VTOL phase would cause total loss of lift, preventing the pilots from avoiding/mitigating the crash[3]. Preventing this is especially important in dense urban areas that have large groups of people.

To make short air journeys practical and worthwhile, numerous small facilities, known as vertiports, will be needed in key areas at the heart of a city. When finding potential locations for vertiports, many issues are expected to be encountered:

There is also debate on who will fund the building of vertiports and at this current time there seems to be no discussion between government agencies or private agencies on how to proceed with the infrastructure challenge[4].

Existing airspace is governed by strict regulations to ensure the safety of aircraft and people on the ground. Many areas of existing regulation must be revised or completely changed to welcome the new technology including solutions for air-traffic management, the airspace structure and, above all, general flight safety. The most popular potential technical solution using a digital sky network is likely to be challenging and expensive to develop[5].

VTOLs are unlikely to be adopted for many years however Pager Power will be keeping a close eye on its development to understand and prepare for all the potential effects it will have on the future of civil aviation. For any advice or queries regarding aviation or radar risk assessments, please feel free to contact me at Pager Power (michael@pagerpower.com).