South African emits 9 tonnes of carbon dioxide per capita which is relatively high due to its intensive mining activities as well as the extensive use of coal as a source of energy for electricity generation. The UK figure is 6.5 tonnes whilst the US figure is 16.5 tonnes. SANEDI was established to stabilise and reduce the South Africa figure.

SANEDI has coordinated the Wind Atlas for South Africa which has been developed to support and drive the development of wind generation. The map below shows the windiest areas which are marked red with the least windy areas being blue. 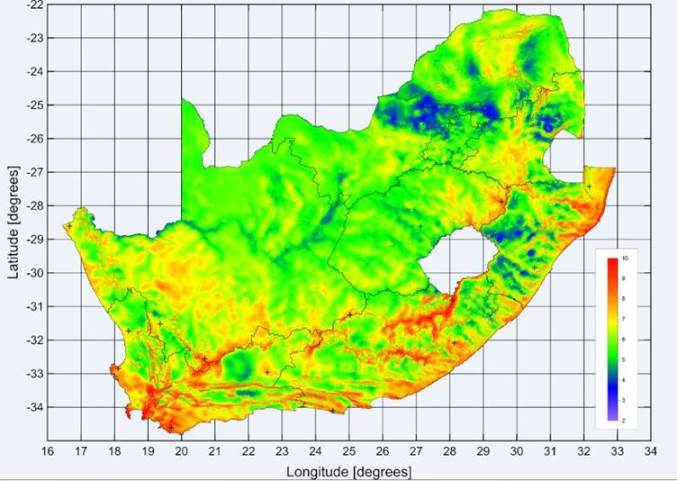 SACCCS was established in 2009 to determine South Africa’s potential for Carbon Capture and Storage (CCS). SACCCS is a division of SANEDI. Its work to date has identified capacity to store 150 Gigatonnes of carbon dioxide (worldwide manmade emissions are around 33 Gigatonnes) at three offshore sites off the coast of South Africa. SA’s first pilot storage project is currently being developed.

The country has excellent solar and wind resources with solar energy densities of up to 6.6 kWh per square metre and wind speeds of 8 metres per second being available. SANEDI’s role is to promote energy research and development and energy efficiency. This is achieved via the Renewable Energy Centre of Research and Development (RECORD) as well as the Renewable Energy and Energy Efficiency Partnership (REEEP). 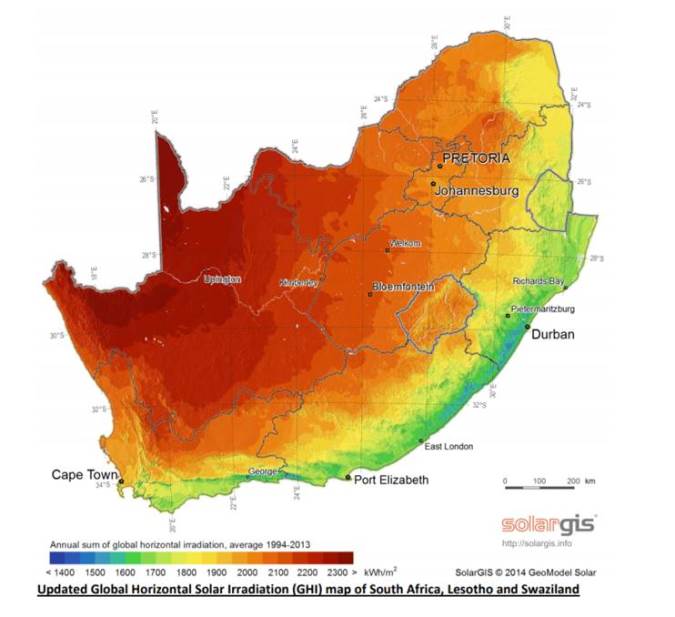