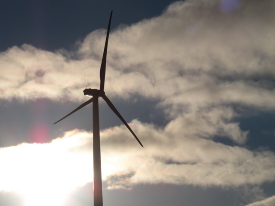 The MOD has challenged the planning permission for two single wind turbine developments in the East Riding of Yorkshire following the omission of key radar related conditions in the planning consent forms.

The two 75m tip height turbines may affect the Air Defence (AD) radar at Staxton Wold, which is one of six Air Surveillance and Control Systems (ASACS) radar distributed throughout the UK. The radar are primarily used to monitor the airspace above and around the UK to detect potential airborne threats.

The MOD withdrew its initial objections to the two wind turbines on grounds that two key planning conditions be inserted into any planning consent.

The conditions were subsequently ‘omitted’ from the consent forms. The omitted conditions related specifically to the following:

The MOD urgently requested a judicial review after planning permission was granted without these conditions to ensure that the radar remain fully effective, quoting ‘national security’ as a reason for the challenge. The developer has subsequently argued that the MOD has spent too long compiling its legal challenge.

Radar mitigation costs can vary from several thousand pounds up to hundreds of thousands – in some cases even millions if a new radar is requested or proposed.

The case will now be subject to a full High Court hearing of all the issues raised. We will keep you updated as the story develops.