A television transmitter is an electronic device used for terrestrial (over-the-air) television broadcasting. To transmit video and audio signals, a TV transmitter radiates radio waves which are received by television receivers. Radio waves travel by line of sight, they are limited by the horizon and reception distances are typically 40 to 60 miles depending on the height of transmitter station.

On the 10th of August 2021, a blaze at the Bilsdale television transmitter disrupted tv and radio signals across North Yorkshire, Teesside and parts of County Durham. Over a million people have been affected and remain without service indefinitely after the transmitter fire. The operator stated that it will find a temporary solution but was not able to say when services would be restored. [1] 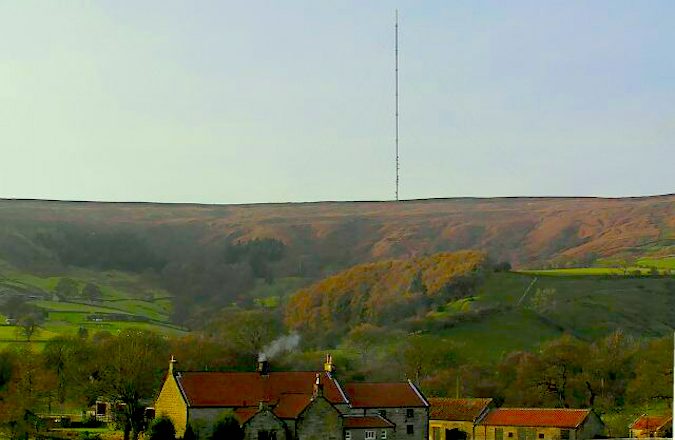 Other Factors That Can Affect TV signals

Effective transmission is dependent on both the strength of the signal received directly from the transmitter and the strength of any interference signals from other sources. Wind farms and buildings can interfere with the signal.

There are two ways that buildings can cause interference to television reception:

There are three ways that wind farms can cause interference to terrestrial television reception:

Pager Power undertakes technical assessments for developers of renewable energy projects and tall structures including TV transmitter interference assessments. For more information about what we do, please get in touch.

How can new building developments affect the provision of terrestrial and satellite television signals?

Site surveys for your projects