These figures were from analysis of December data published by the energy regulator Ofgem. 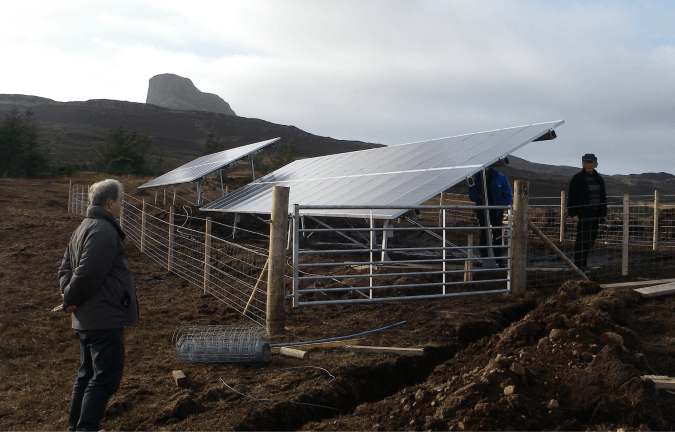 A long-time supporter of renewable energy, Scotland now has in excess of 35,000 households and 600 businesses hosting PV arrays. This now makes the country account for 5% [2] of all homes in the UK.

However, the solar capacity of Scotland is still smaller than its wind industry, which has also been in the media recently. Last month the wind power output in Scotland was reported to be enough to supply the electrical needs of all Scottish households and more! Figures were released on February 3rd 2015.

The country’s wind turbines were estimated to have supplied 1,307,629MWh of electricity, meeting the needs of 146% of homes. According to edie.net:

“Wind generated enough output to supply 100% or more of Scottish homes on 24 out of the 31 days in the month, including two days where output was equivalent to more than 200%.”

This is a fantastic achievement for Scottish renewables, and those responsible for implementing it. With an expected further 250 wind turbines to become operational this year, according to the Department of Energy and Climate Change (DECC), there will be more news like this to come.