Pager Power has commenced an internal Research and Development project to make increasingly accurate predictions of the impact of wind turbines on meteorological radar.

The level of clutter is dependent on wind farm size, terrain screening and the vertical angle between the radar beam and the turbines. Other potential factors include turbine dimensions; radar frequency; radar configuration; radar antenna pattern; wind speed and separation distance between radar and wind farm.

The impact of wind turbines can be predicted in terms of frequency, intensity and/or area. Predictions can be for average or worst-case effects. 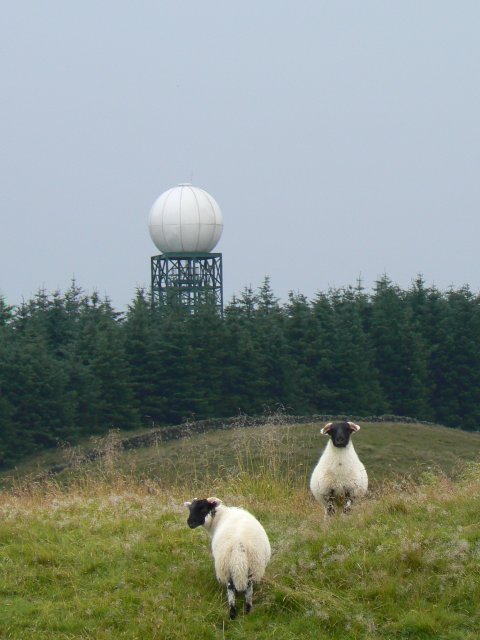 Pager Power assesses the impact of wind turbines on meteorological radar having undertaken assessments in the United Kingdom, France, South Africa and Bulgaria in recent years. The Westfield development was approved following Pager Power’s assessment of its impact on the Munduff Hill radar (pictured) 5km away. The company’s assessments predict reflectivity (measured in dBZ) which is calculated using line of sight analysis; the radar antenna pattern and reported empirical observations from the meteorological radar at Abbeville in France.

Pager Power is planning to increase accuracy of its assessments using a new methodology for determining the area of impact accurately. An empirical and transparent approach is to be used. This will involve regression analysis which will be used to identify significant variables and quantify the relationship between the area of impact and the respective variables. This will be achieved by correlating observed areas of impact with data from the respective wind farms and radar.

Development of this new methodology has commenced with the following activities to be completed in early 2018:

This is the first stage of a project to build a highly accurate computer model for predicting the impacts of wind turbines on meteorological radar. It is intended that the new model will more accurately predict the extent of radar clutter likely to be caused by wind farms.

If you have a wind farm proposal that could impact meteorological radar please get in touch with Mike Watson to see how Pager Power may be able to help you.