Saab Technologies UK has been awarded just over £1million to develop AI technology that will enable radar to detect aircraft whilst being unaffected by wind turbines. This article explains some of the background to the awards and the mitigation.

Saab is a large Swedish company that manufactures civil and military aircraft; defence and security equipment; surveillance and air traffic control systems as well as air defence radar. SAAB manufactures a range of mobile naval and air defence radar with ranges of up to around 450 kilometres. 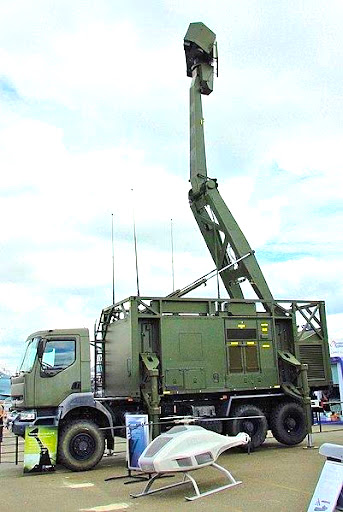 The UK arm of SAAB, Saab Technologies UK, has been granted two awards from the UK government via its recently established Air Defence and Offshore Wind Windfarm Task Force. It received a Phase I grant of £448,802 for Windfarm radar mitigation through AI and advanced Doppler filtering. In Phase II it has been awarded a further grant of £599,692 To incorporate Machine Learning (ML) and Artificial Intelligence (AI) techniques into air defence radar, providing a trusted air surveillance picture in noisy and cluttered environments.

Air Surveillance Picture means the display of aircraft types, locations, altitudes and headings over a significant expanse of airspace.

Noisy and cluttered environment refers to the fact that there are many sources of radar interference including terrain, vegetation, weather, birds, man-made structures, vehicles and wind turbines.

Wind Farm Radar Mitigation means a process to reduce the impacts of wind turbines on the intended function of a radar. It usually means a technical fix to ensure aircraft are displayed correctly whilst wind turbines are not displayed.

Doppler Filtering allows radar to distinguish between static and moving objects enabling moving aircraft to be displayed whilst static features are not displayed. Wind turbines can be displayed because the blade tips move at aircraft speeds even though the turbines themselves are stationary. A simple Doppler Filter displays everything having a radial speed above a specific threshold.

Over the last fifteen years there have been numerous wind farm radar solutions that seek to use advanced processing of a wide range of data, including Doppler, to mitigate the impact of wind farms. These include the Advanced Digital Tracker (ADT) from British Aerospace; the SPE3000 from Sensis (owned by SAAB); upgrades to the STAR2000 radar by Thales; System RM by Raytheon; Air Defence Radar upgrades by Lockheed Martin and others including Airbus.

All of these solutions work to a degree – but generally not well enough to be acceptable to the Ministry of Defence.

The novelty in this case is the use of Artificial Intelligence (AI) and Machine Learning. The hope is this will give the edge to provide a mitigation solution that works well enough to satisfy the Ministry of Defence.

We will be providing further information on some of the above in future news articles. In the meantime please feel free to get in touch to find out more.