Radar Cross Section of a Wind Turbine – How Big ???

Radar Cross Section of a Wind Turbine – How Big ???

The discussion on how effective radar absorbent materials are for wind turbine radar mitigation is often confused due to a lack of clarity on how a standard wind turbine actually affects a radar system.

The apparent “size” of any object to a radar is termed its Radar Cross Section (RCS), which is specified in metres squared or sometimes in decibel metres squared. 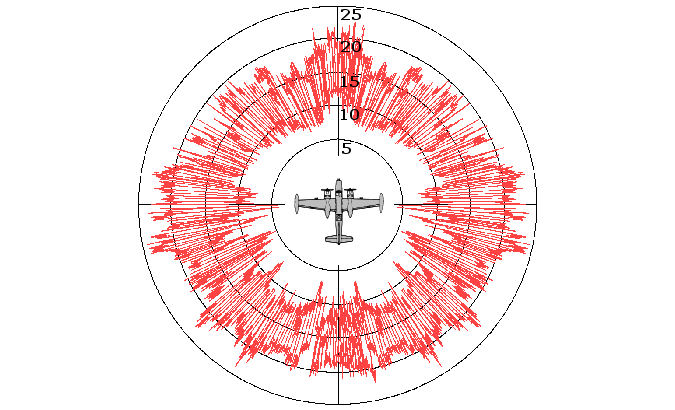 Unfortunately the actual RCS of any object varies massively, depending on the angle you are viewing it from. In one example the difference between the minimum and maximum RCS of a twin engine B26 bomber varies by a factor of about 5,000.

The RCS of a wind turbine blade varies similarly as the wind turbine rotates with the measured radar cross section also varying by a factor of 10,000 during one complete revolution.

When RCS values are cited for an aircraft or when specifying radar performance it is usual to specify some sort of average value which falls somewhere between the minimum and maximum RCS values.

In wind turbine radar interference modelling there are often two factors that can make modelling over-conservative. These are: