A proposed solar park near Anderson Municipal Airport in central Indiana, USA, has required re-location after glint and glare analysis revealed that the development could affect pilots landing at the airport[1]. 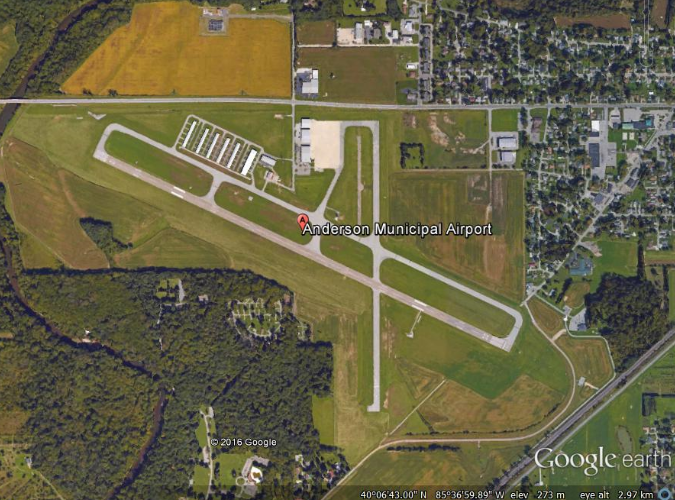 The proposed solar park was to be located east of the Anderson Municipal Airport. It would have produced enough electricity to power 500 to 750 homes in Anderson and would be the largest such park operated by Indiana Municipal Power Agency (IMPA).

The IMPA is ‘a wholesale electric power provider serving the needs of 59 cities and towns in Indiana, as well as one community in Ohio’[2].

The change in location of the proposed solar park was made necessary when the Federal Aviation Administration (FAA) wouldn’t approve the development because of concerns that solar reflections from the solar panels could affect pilots landing aircraft at the airport.

It was stated the airport’s engineering analysis had determined that two times each year a pilot landing at the Anderson Municipal Airport would experience a glare that could affect their vision.

The solar park is now expected to be relocated to remove the predicted impact of solar panel glare towards pilots at Anderson Municipal Airport. This will avoid costs involved with mitigation, which would have led to a reduced power input. It is stated that to continue with the solar park as it was would have doubled the cost of the project and reduced the output of the park by 40 percent.