After calls from the EU, Poland’s region of Łódź (pronounced: ‘Woodge’) has announced that the European Union’s most polluting coal plant, Bełchatów (pronounced: ‘Belcha-tow’), will be closed by 2036, while its mines are to be closed by 2038. The news of the closing of the coal power plant has come from a draft document, ‘Territorial Just Transition Plan’, published by local authorities. [1]

The power plant Bełchatów, owned by the energy company PGE (‘Polska Grupa Energetyczna’/Polish Group of Energy), planned to excavate a new mine at nearby Złoczew (pronounced: ‘Zlochev’,) without progress as of yet. Meanwhile, Zala Primc, a campaigner at Europe Beyond Coal advised that:

“PGE has spent years denying the reality of coal’s flailing prospects and fighting those seeking to clean up our air and protect our climate and water. The announcement confirming the closure of the EU’s most toxic coal plant and the mines that feed it shows that it is slowly beginning to grasp reality. PGE and the Polish government should be under no illusion: Bełchatów and every other coal plant in Poland has no future beyond 2030. They need to start planning a fair transition for workers and local communities.” [2] 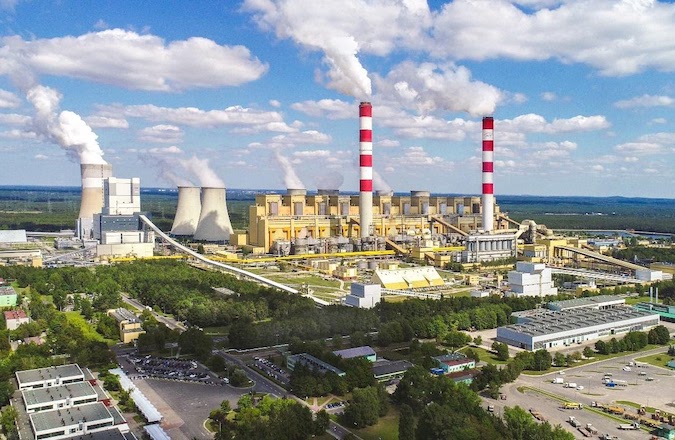 The draft document, which is subject to public consultation, is part of the Łódź region’s application for support from the EU, which focuses on helping regions manage the cost of shifting to a climate-neutral economy. The news has been submitted to the European Commission, to access the EU’s €17.5 billion via the Just Transition Fund. [2]

As part of Poland’s plan to free its utilities from coal, PGE’s coal assets (including Bełchatów and Złoczew) are due to be separated and moved to a state of agency within months. The move has been determined following PGE abandoning a plan to develop an open-lit lignite coalmine in Złoczew to fuel the Bełchatów power plant, after concluding the project would be ‘loss-making’, as stated in the document.

What will it Mean?

While the move to closing the coal power plant is a great step in the direction of reducing pollution in Poland, there are various complications which will take place as a result of this. Poland generates most of its electricity from coal, however the country has luckily encouraged more investment in low-emission sources to cope with the changes. The action of closing the power plant could not have come sooner, with the power plant Bełchatów having pumped more than one billion tonnes of CO2 into the atmosphere since 1982. With the plan under the draft document, the power plant’s lignite-burning is predicted to be reduced by 80% by 2030 and stopped outright by 2036. 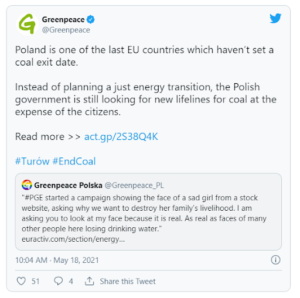 Risks Causes to the Public

The closing down of the power plant is set to solve many problems, including the growing concerns from the public. Currently, five Polish citizens are taking their government to court over its failure to protect the public from the impact of the climate crisis. The concerned people have stated that the current state of the environment has breached their rights to health, and life in general, by delaying actions to cut national carbon emissions and propping up the coal industry.

The claimants are being represented by the international environmental law charity ClientEarth and the Polish law firm Gessel, which will be the first time a national climate policy will be challenged directly in a Polish court. The hopes for the overall outcome of the government claims are for the Polish government to commit to cutting greenhouse gas emissions by at least 60% by 2030, compared with the levels in 1990, as well as being climate neutral by 2043. The plan itself is more ambitious than what the EU has predicted. [3]

With Poland taking the big step of closing the power plant, it is a great time to not loose track of the desired outcome of hugely cutting down the country’s carbon emissions. Currently, Poland remains the only member of the EU refusing to commit to climate neutrality by 2050 [4] and foresees the continuation of coal mining until 2049.