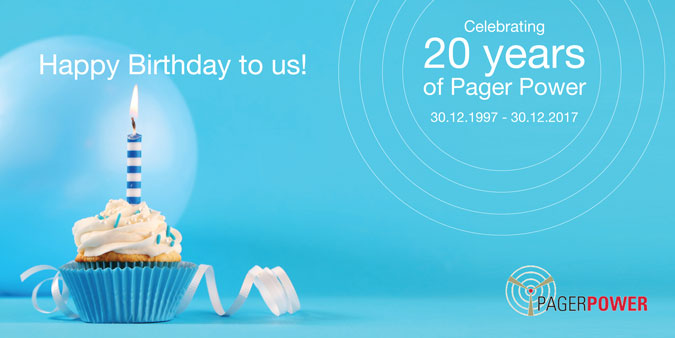 Pager Power Limited has just turned twenty having been established on 30 December 1997 as a technical consultancy for electricity companies. Founder Mike Watson recalls some of the key projects and events of the past 20 years.

The name Pager Power originated with an invention for controlling storage heaters with radio signals broadcast nationally by BT’s paging network. This system was featured in the Sunday Times and exhibited at the British Invention Show at London’s Barbican – under its original name Heat Forecast.

Our first major commercial project was to design and build a Containment Evacuation System for Sizewell B Power Station. The system, which is still in service, has a control panel that interconnects the siren, fire and paging system which uses radio signals to trigger Pager Activated Portable Alarms when personnel need to evacuate the iconic domed reactor building. 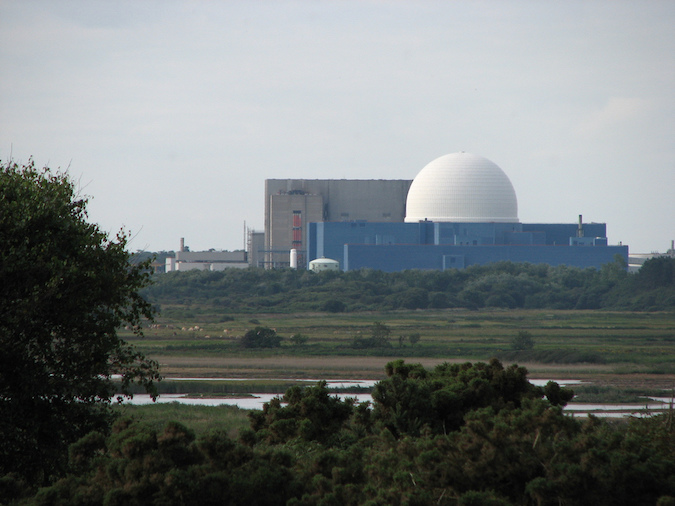 In 2002 Pager Power delivered its first Radar Impact Assessment for British Energy’s proposed Quarter Fell wind development in South West Scotland. The assessment used radar line of sight analysis prepared with the company’s bespoke software. Pager Power was then asked to meet with Prestwick Airport and negotiate removal of its objection to the wind farm – we met – and the objection was removed.

The wind farm radar business grew rapidly with additional assessments for microwave radio links and television interference. The company devised the mitigation scheme for Scottish Power’s Whitelee wind farm – using bespoke software to select the site of the mitigating Kincardine radar – which could not detect the turbines due to intervening terrain.

The company worked hard to help resolve objections from stakeholders such as NATS, the MOD and Ofcom whilst maintaining an effective working relationship with these stakeholders.

By 2013 Pager Power had worked on 24% of the wind turbines operating in the United Kingdom and was working on a large number of Feed In Tariff (FIT) turbines. Changes in government policy brought a significant decline in UK wind farm work. 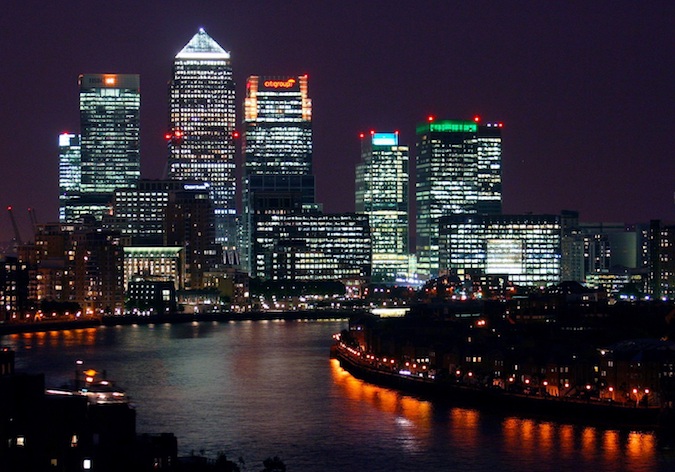 Figure 3 London’s Docklands on the approach to City Airport

Personally I find my time at Pager Power extremely rewarding – I get to work with lots of great people; work on complex problems and travel to really interesting places.

I have asked our team, who I am proud to work with, how they see life at Pager Power. This is what they said:

“Being a Technical Analyst at Pager Power can be challenging but it is always varied, interesting and rewarding.” – Danny Scrivener

“Pager Power is an enjoyable environment where we solve difficult problems. It’s a good balance between individual responsibility for driving a project forward, and having an experienced team as backup when it’s needed.” – Kai Frolic

“I find working for Pager Power very enjoyable and rewarding. I enjoy being part of a close knit team and celebrating our successes together. My contributions are welcomed and I feel like a valued member of the team.” – Michelle Wood

“An enjoyable and relaxed place to work with a great family like atmosphere. I’m nearly 10 years in and still enjoy going to work..” – Emma Michaelides