It’s Woke for Wind Farm Developers to Think About Wake

It’s Woke for Wind Farm Developers to Think About Wake

If you saw a plane in the sky like the one in the image below and you were not too familiar with aerodynamics, you might think that’s smoke coming out of the jet engines and be concerned. 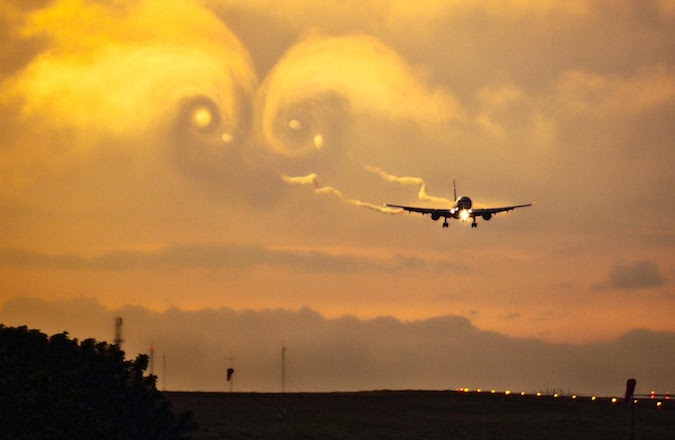 Figure 1: Wake turbulence from an aircraft [1]

This is actually a well-known phenomenon called wake turbulence. You may have heard the term turbulence if you have ever travelled on an aircraft, or at least felt it as you grip onto the person sitting next to you and mutter your last prayers as you wonder how long it is until you plunge to your inevitable doom. What you feel is the effect of turbulent (chaotic, inconsistent and disrupted) air flow around the aircraft. Aircraft are designed to be able to withstand turbulence and navigate it, and it has become an accepted part of air travel for the most part.

Wake turbulence is slightly different as it is a downstream disturbance that follows behind something as it passes through the air. For aircraft, it generally includes effects from the jet engines and the wingtips and can be commonly seen in certain conditions as trails of air (that might look like smoke to the untrained eye) behind an aircraft. This does not affect the aircraft that is causing the wake, but it can affect the aerodynamics of the aircraft behind, even if it is a few kilometres away. This is why one aircraft can not follow right behind another, and a big part of the reason why there is a significant time between one aircraft departing/landing at a runway and the next one.

A wake is an aerodynamic effect and as such, it can be applied to other things which move in air as well. When you drive a car, you leave a wake behind you. At high speeds this is particularly pronounced and can affect the car behind you (commonly seen in Formula 1 for example, where cars have to avoid staying in the wake of the car in front for too long because it affects their aerodynamic performance).

A wind turbine generates electricity from the air arriving in front of it and so the air leaving behind the turbine must have a lower energy content than the air arriving in front. This is because energy cannot be created or destroyed so when some of the energy is converted to electricity, there is a net energy loss from the air. The air behind the blade is therefore slower, and also more turbulent due to the movement of the turbine blades. This is the wake effect which can be seen in the example in Figure 2 below. What this means for wind farms with turbines in rows placed behind each other is that the front row of turbines will always be the most efficient, as downstream turbines lose efficiency due to wake effects. An example wind farm is the Horns Rev 1 wind farm (the first large-scale offshore wind farm in the world) off the coast of Denmark. The downstream wind turbines lose 20-30% of their power relative to the front row [2].

Wind turbine wake is something that both wind turbine designers and wind farm developers need to be very aware of. There are multiple ways in which it is considered, some of which are described below.

Tall roller coaster plans submitted to the FAA for review