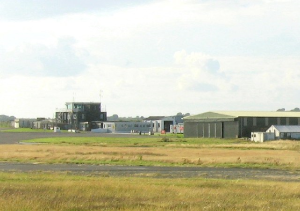 Gower Power Community Co-operative made an application to develop a 5-acre solar development near Ilston in south Wales.

It was reported in the South Wales Evening Post, that among the concerns raised to the proposal were fears that solar reflections from the development could blind pilots flying out of Swansea Airport (pictured).

The Gower Power development, known as Webbsfield, was recommended for approval [1] but was subsequently rejected by Swansea Council on the 26th of August 2014. Reports [2] suggest this was primarily due to its location within an Area of Outstanding Natural Beauty (AONB).

The applicant stated an intention to appeal [3] the decision.