A desert, jungle, glaciers and 8 more overlapping natural landscapes all held under one high-rise roof. This is the concept of Essence, the eVolo Skyscraper Competition winner 2015. 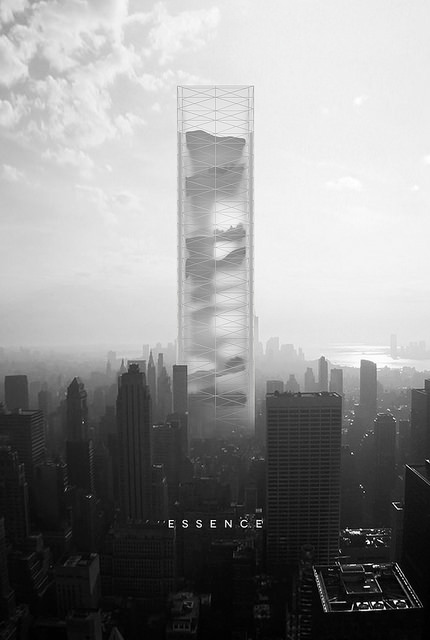 Designed by Ewa Odyjas, Agnieszka Morga, Konrad Basan, and Jakub Pudo from Poland, the skyscraper would bring “non-architectural phenomena in a dense, urban fabric. [1]” This would be completed through an open floor plan housing a stack of 11 landscapes with variable exploration routes dedicated to different shades of adventure. 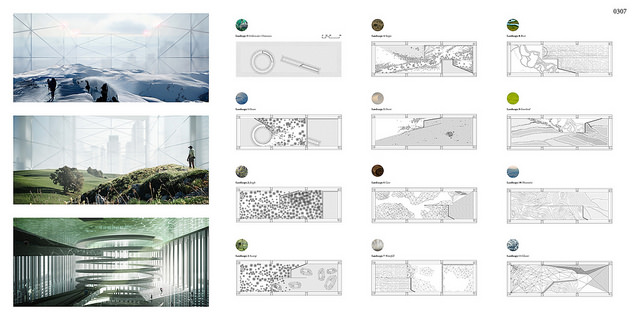 The architecture and design journal eVolo, based in New York, first ran the competition in 2006 in order “to recognise outstanding ideas for vertical living. [2] ”  It encourages worldwide participants such as architects, artists and engineers to freely share their designs whilst considering elements such as technological advancements, socioeconomic problems and unplanned urban sprawl. [3]

The awards this year were as listed [4] as below:

The winners were chosen by a jury of 9 made up of leaders of the architecture and design fields from all over the globe.

Inundated with 480 entries to the competition it was not only the Essence Skyscraper that received praise, with 3 places announced and 15 honourable mentions.

The honourable mentions include the Times Squared 3015 mile high-rise meant for New York City by Blake Freitas, Grace Chen, Alexi Kararavokiris. The project redesigns the popular Times Square area of the city and would contain shops, beaches and even a miniature mountain range. 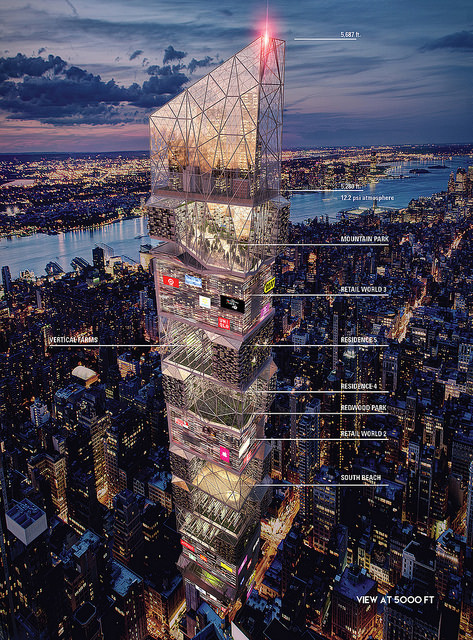 You can read and see more about the entries on the dedicated area of the eVolo website.