Radar interference due to wind farms is managed differently in various countries. A previous article gave an overview of the approaches that are the most common. This article presents the criteria that are generally applied in France for Primary Surveillance Radar concerns. 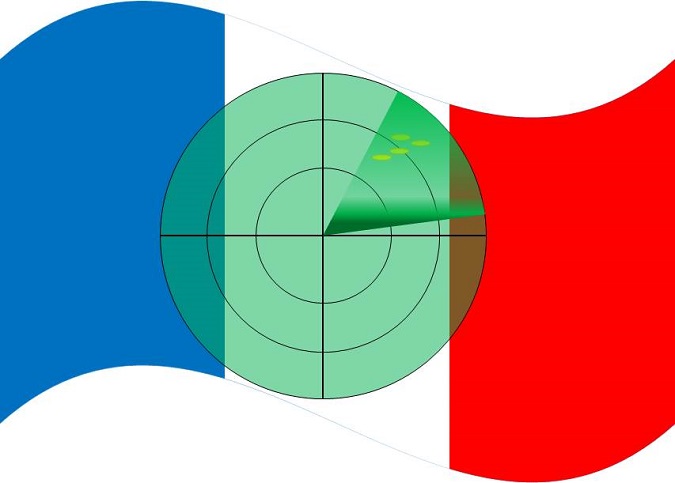 The challenges for wind farm developments are dynamic, and safeguarding rules change over time for various reasons. For more on the current picture in France, please see this article.

Presently, the military’s stance on wind farm radar interference can be summarised as follows: 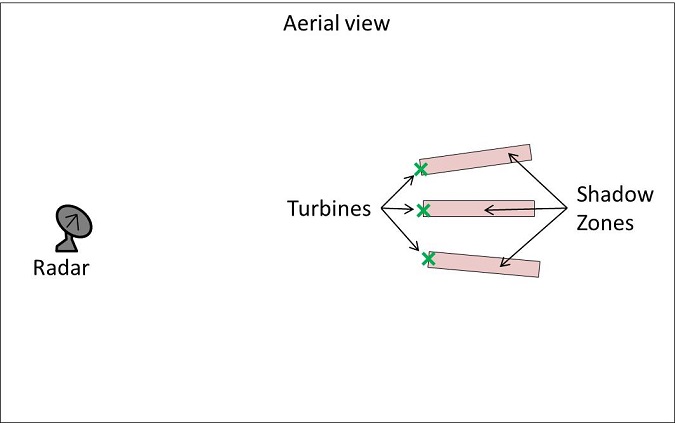 The French military requires the angular width of a wind farm to be within 1.5 degrees. This is illustrated in Figure 3. 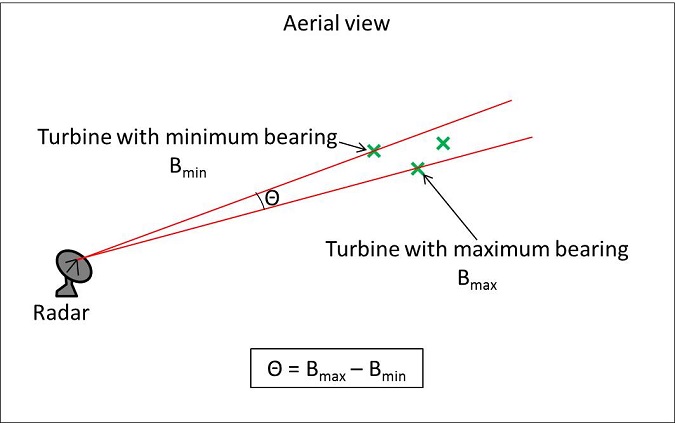 Under the current rules, if the angle theta is 1.5 degrees or less, the wind farm’s footprint is sufficiently small and can be accepted by the French military. If the angle exceeds 1.5 degrees, an objection is much more likely.

The other siting rule that is related to angular width is the separation between adjacent wind developments. This is illustrated in Figure 4. 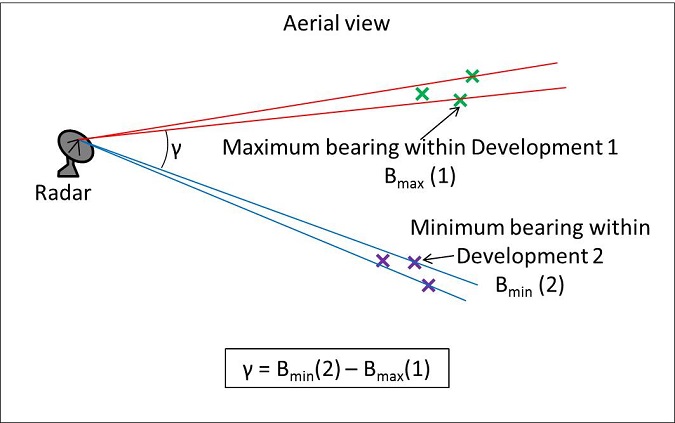 Under the current rules, if the angle gamma is 5 degrees or more, the separation is sufficiently large and can be accepted by the French military. If the angle is below 5 degrees, an objection is much more likely.

In order to understand the likely acceptability of a wind farm, and manage mitigation options appropriately, it is important to ascertain:

The third point is relevant if, for example, parts of the wind farm area are below radar line of sight. The footprint that matters should be based on turbines that have the potential to cause an impact, which isn’t necessarily all turbines within a development.

For any advice or queries regarding a specific project, please feel free to contact Pager Power (info@pagerpower.co.uk).