Last week, the media reported that atmospheric carbon dioxide is at its highest levels in more than 4 million years [1]. Despite the economic disruption caused by the global pandemic, there was no discernible reduction. It is estimated that approximately 40 billion metric tons of carbon dioxide pollution is being pumped into the atmosphere per year. 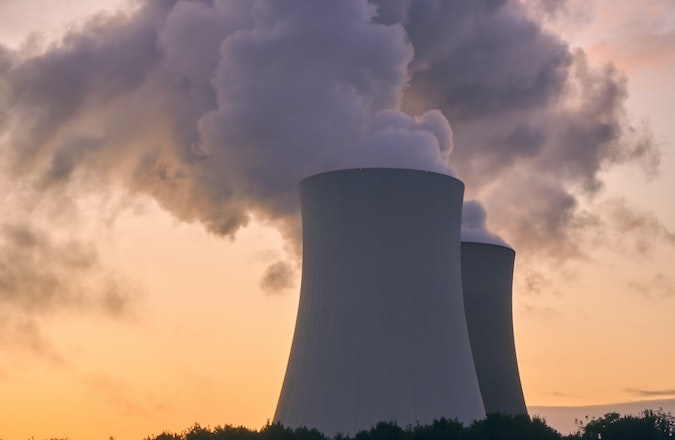 With global carbon emissions continuing to rise, the Paris Agreement goal of limiting global warming to 1.5 C by is looking less and less likely without interventions. One such potential intervention is a technology called Direct Air Capture (DAC) which can literally suck carbon dioxide out of the air.

This article explains what DAC technology is and how it could be used to reverse global carbon emissions.

How Does Direct Air Capture Work?

Most carbon capture focuses on cleaning emissions at the source (such as power station chimney filters) to prevent harmful gases reaching the atmosphere. But this does not address emissions from smaller sources, such as cars or the carbon dioxide (CO2) that is already in the air. That is where DAC comes in.

DAC is a technology that captures carbon dioxide directly from the air with an engineered, mechanical system. DAC technology does this by pulling air through liquid or solid sorbents, such as potassium hydroxide to capture CO2 directly from the atmosphere. The process extracts CO2, while returning the rest of the air to the environment. This is what plants and trees do every day through the process of photosynthesis.

DAC technologies remove CO2 emissions from the atmosphere then stores them geologically or the captured CO2 is used for something else, such as producing fuel, chemicals or construction materials.

What Are The Biggest Challenges for DAC?

DAC is far from the only way carbon can be taken out of the atmosphere. Carbon can be removed through geoengineering involving land use changes such as restoring peatland, or most popularly, planting forests. But this is slow and would require huge areas of valuable land.

Cooling the planet by using DAC to filter excess CO2 out of the air on an industrial scale would require a new, massive global industry and there are a number of challenges that would need to be considered.

To provide an idea of scale, to meet global goals equating to the removal of 1,000 gigatons CO2 by 2100, using DAC alone, would require nearly 13,000 DAC plants with 1 metric ton CO2 per year capacity. This would require nearly $1.7 trillion capital investment globally [2].

Supplying a fleet of DAC plants big enough to capture 10 gigatonnes of CO2 every year will require around four million tonnes of potassium hydroxide, the entire annual global supply of this chemical one and a half times over [3].

Investment in DAC technology is growing. Elon Musk recently pledged $100m (£72m) to develop carbon capture technologies, while companies such as Microsoft, United Airlines and ExxonMobil are making billion-dollar investments in the field [4]. Industry experts expect that DAC will follow a similar path to other climate technologies and become more affordable over time.

What is being muted as making the largest difference to investment potential is the US tax credit that encourages investment in carbon capture and storage. The US federal government provides tax credits to taxpayers that invest in carbon capture and storage (CCS) projects. This should make DAC more attractive to companies beyond the oil and gas industries, and power, chemical, cement and steel companies that typically have shown interest in the earlier projects.[5]

DAC provides a solution that helps deal with difficult to avoid CO2 emissions and also the reduction of CO2 already in the atmosphere.

Experts think there is potential for DAC to be one of many interventions used to reverse CO2 emissions and deliver the climate pledges they have made in the Paris Agreement and beyond.

However, there are some questions about the viability of DAC because of its high production cost. The large-scale deployment of DAC requires serious government, private, and corporate support and investment particularly to offset the capital cost as well as operational costs.[4]

Why Does Norway Lead in EV Adoption?