We looked back over all of the news articles on our website and discovered that the most popular news item we have produced to date was that titled ‘Concerns around solar farms’. Therefore, as we approach the completion of over 400 glint and glare assessments, we have gone back over our original article and given it a 2019 makeover. 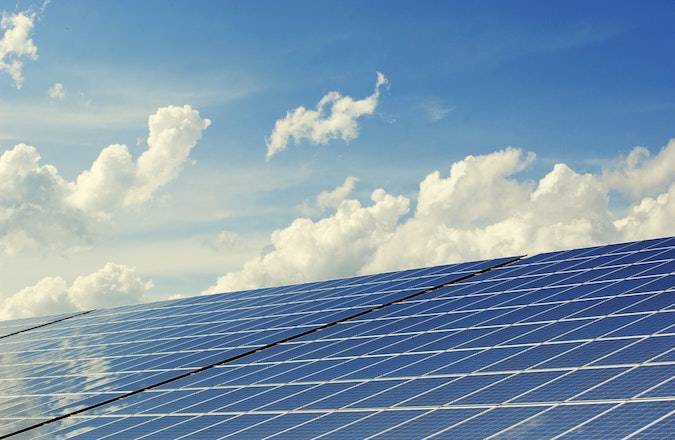 Solar energy projects form part of the renewable energy landscape in numerous countries around the world. Solar developments are operational and on the agenda in Europe, China, Australia, the USA and South America. However, proposals for solar farms receive objections from local residents and stakeholders alike over potential impacts. Concerns range from visual impacts to health and safety issues. This article presents a short overview of some of the issues that can come up when proposals for solar farms are announced.

Like any proposed structure, concerns can be raised over the visual impact a development will have on its surroundings and the overall impact can be subjective. This is a particular issue if the location is visible from the inside of a dwelling or from within an area which is protected, for example a Conservation Area or an Area of Outstanding National Beauty (AONB).
Assessment of the visual impact can, in most circumstances, be mitigated through careful planning of the panel locations and installation of screening, which is most likely to be vegetation. This is highly advisable at the scoping stage of a development.

This is possibly the most common safety concern raised for solar developments (commonly referred to as ‘glint and glare’ concerns). Solar panels are designed to absorb as much light as possible and reflect as little as possible. Many modern panels are ‘anti-glare’ to minimise reflections further.

However, 100% absorption is not achieved and some level of solar reflection will always occur, with solar panels typically reflecting up to 30% of the incoming light[1]. Concerns can be raised by residents, airports, councils and other stakeholders. Regarding residents, the concern is generally that reflections will cause a discomfort or a nuisance. For airports and roads it can be a safety concern.

Guidance regarding this issue has been published by the Federal Aviation Authority in the USA[2] and the Civil Aviation in the United Kingdom[3]. Pager Power has also written its own guidance on glint and glare and the second edition can be downloaded here. The guidance was produced based on Pager Power’s assessment experience, technical expertise and stakeholder consultation. It may be that a planning authority and/or local council have their own policies or guidance regarding this issue however in Pager Power’s experience, this is unlikely.

The good news is that the reflections from solar panels behave predictably because they are predominantly ‘specular’ (the specific definition can be found here). This means the location of the reflection is dependent on the position of the Sun and the angle of the panels, two factors that can be accurately quantified. It is good practice to undertake detailed geometric assessment of the potential glint and glare impacts for a proposed development. Pager Power typically assesses ground-based receptors (roads and dwellings) out to 1km from a solar development.

Download our glint and glare guidance document which includes a standardised methodology for PV developers, planners and stakeholders to follow.

All electronic equipment has associated electromagnetic fields. In some cases, electronic devices that are in close proximity to one another can encounter interference as a result of these fields. Commercial equipment such as a solar panel is generally subject to limits that determine the maximum allowable emissions limits[4].

In cases where a proposed solar development is located within close proximity to sensitive sites such as transmitting stations, concerns over electromagnetic interference can be raised. In such cases, detailed assessment can be required. More information on this topic can be found here. This is relatively unusual and impacts in the wider area are generally not an issue.

Concerns over noise can be expressed for a solar development. This issue is more pertinent for other technologies such as wind farms, which are noisier than solar farms. Any issues would most likely be constrained to locations in very close proximity to the inverters, but in practice this is not a common issue for solar developments.

[1] A Study of the Hazardous Glare Potential to Aviators from Utility-Scale Flat-Plate Photovoltaic Systems, Evan Riley and Scott Olson, date: 09/2011, accessed on: 11/07/2019.