The energy bill represents a big commitment to renewable technology that could propel the state of Texas into the top 10 solar markets in the US. California is currently well ahead of all other states in terms of capacity from solar PV. 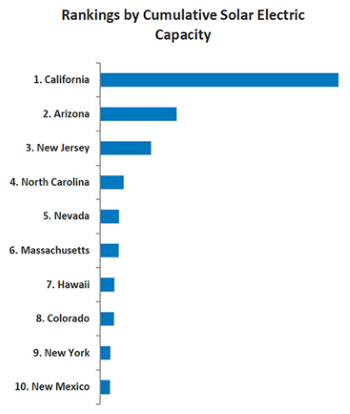 The dramatic backing of solar PV technology has occurred primarily on economic grounds however, the main aim of the energy bill is to protect against unknown long-term energy costs associated with fossil fuels [3].

There will also be significant environmental benefits due to the focus on renewable technology.

However, the energy bill was not passed without some people questioning the decision. Establishing a secure and stable connection to the electrical grid is one of the first and most important steps when designing a renewable technology scheme and this has led to some executives questioning its current capability. The proposed fast response storage however was included to help ease this concern.

So is solar technology now becoming the go to renewable energy technology for authorities looking to shift from fossil fuels?

Well it is believed that the cost of implementation over the lifecycle of the energy technology is still the major factor, and in the case of Austin Texas, solar PV looks to be the most economical going forward.

What do you think?

[1] Fast response storage facilities are designed to store energy and discharge quickly when called upon i.e. when an energy shortage occurs.

[3] A consideration was to build a new natural gas plant.