An Incredibly Brief History of Wind Power and Mankind

An Incredibly Brief History of Wind Power and Mankind

It could be argued that one of the greatest strides taken by mankind on the journey from hunter gatherers to a technological society was the harnessing of the power of wind.

It all started when someone in a rudimentary canoe was trying to dry a sheet for their mum.*

Who the first boat people to become sailors were lies shrouded in the mist of time, the distinction of course being the all-important addition of a sail to one’s boat and hence inventing the first non-animal powered transport ever. 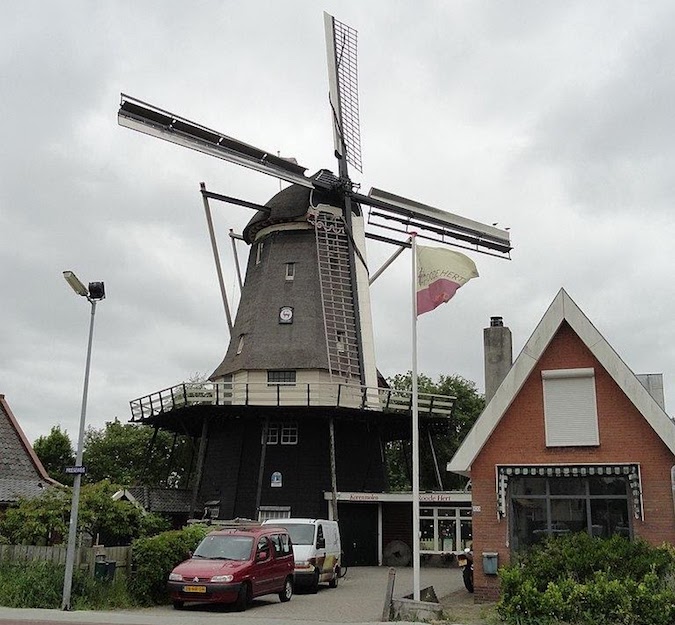 The earliest sea crossings in a craft with a sail occurred somewhere between 53,000 to 65,000 years ago, when some daring Australo-Melanesian characters migrated into the Sahul landmass (modern Australia and New Guinea) from a now submerged peninsular called Sundaland. Extensive research reveals that this is an entirely different place from the charming city that lies on England’s North East coast whose contribution to the maritime world is the Plimsoll line on modern day ships and a delightful Kebab based cuisine.

The next great step in our journey occurred when some clever ancient type looked at the newly invented wheel and wondered if tying a couple of sails to one might make it rotate. This of course it did and in time evolved into the windmill.

Early machines were often horizontal rather than the vertical arrangement we are familiar with today.

It is a bone of some contention amongst Anthropological scholars and armchair windmill enthusiasts alike as to where and when this first happened. There are a few schools of thought that place it either in Persia AD 500-900 or China AD1200. There are also a few rogue Egyptian irrigation fans who claim wind was used to raise water from the Nile to the fields even earlier but details are both contradictory and vague.

Initially the development of wind powered machines was slow and it was almost a thousand years before the first reliable and efficient designs of sails rotating a spindle and utilising the energy appeared.

Once mastered this technology was used to move water, grind things even hit things with huge hammers and make cloth.

The force of the wind was the way forward and word spread throughout the Muslim world and later on to China and India.

Europe was a little late to the wind party but when it arrived embraced wind power with much gusto. The time between the eleventh and sixteenth centuries saw over a hundred thousand windmills constructed over the continent each not only a business at the heart of a community but usually a family’s home too. Wind power had become an essential driving force of the economy creating wealth that allowed the powers of the time to build big ships to sail the world heralding the Age of Discovery.

The biggest shift in the use wind power in recent years has of course been the move from milling and pumping to the generation of electricity.

It wasn’t long after the invention of the dynamo that some bright spark (if you will pardon the pun) rigged a pulley and belt system to provide electric lighting in a windmill, a great boon in conditions where dark, hazardous and with fine dust that could become explosive.

As is often the case it took an austere looking Scotsman with a large beard to create the first wind turbine exclusively dedicated to generating electrical power.

In 1887 James Blyth built a cloth-sailed device which he used to charge accumulator batteries powering the lighting in his cottage. Blyth offered the surplus electricity to the people of Marykirk for lighting the main street, however, they turned down the offer as they thought electricity was ‘the work of the devil.’ 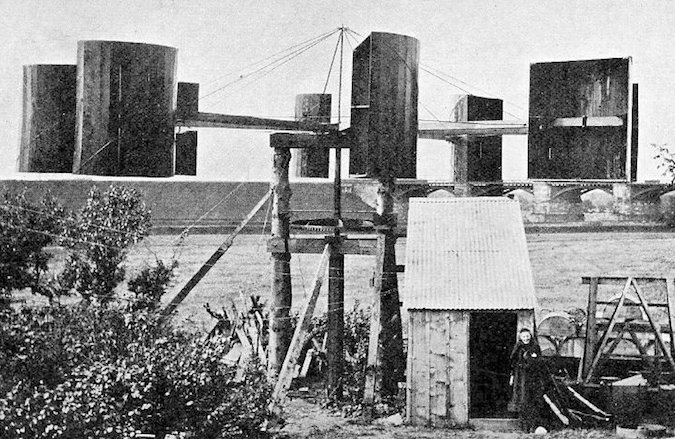 Since then the wind turbine has become one of the central pillars in the future of clean energy production and investment in wind energy is widespread across the globe.