Several UK universities will be taking part in new projects, which will focus on developing and testing new wave energy technologies. The projects are set out to overcome challenges that impact devices that capture the energy generated by waves, with the objective of converting it into a source of renewable electricity.

Funded by the Engineering and Physical Sciences Research Council (EPSRC), which is part of the UK Research and Innovation (UKRI) [1], the eight projects will receive an investment of £7.5 million. The investment for the eight projects will be looking at adapting innovative new approaches to overcome the challenges the technology faces. The approaches will include taking inspiration from the fins of marine animals to design flexible wider deployment of wave energy converters (WECs) that can operate under extreme conditions. 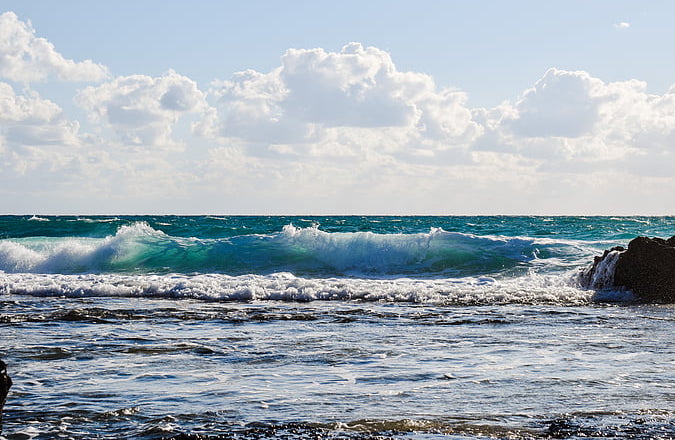 The investment will fund eight projects across the UK, each being led by various UK universities, which are:

Project BASM-WEC is being led by Dr Qing Xiao, with a funding of £975,000. This project will be exploring whether flexible materials inspired by the fins and other parts of marine animals could be used in WECs. Using such materials could potentially overcome challenges to the commercialisation of existing WECs. Currently, these can exhibit low performance efficiency, not to mention be vulnerable under harsh sea conditions.

The second project carried out by the University of Strathclyde, HAPiWEC, is being led by Professor Bill Leithead, with a funding of £987,000. The HAPiWEC project will be looking at the development and demonstration of open-hardware and open-software tools and methodologies of novel WEC controllers in the state-of-the-art wave tank facilities. Such software is subject to rapid, cost-effective and remote deployment, and will improve device control, which will have a great impact on improving energy capture and the lifetime of WECs without the need for significant redesign. [3]

The aim of this particular project will be to assess the performance of WECs development, using deformable materials including flexible fabrics. These could improve the device’s:

The flexible systems will be tested through wave basin experiments and numerical modelling to establish their ability to survive storm waves.

Project MU-EDRIVE will be led by Dr Nick Baker at the Newcastle University, with the funding of £776,000. This project will be looking at developing and testing advanced electrical generators for use in WECs. This will include protection against corrosion and integration into real devices. There are plans for submerged electric generators to be demonstrated at sea for 12 months using Newcastle’s USMART acoustic network gateway buoy, in the North Sea.

Project NHP-WEC (novel high performance wave energy converters with advanced control, reliability and survivability systems through machine-learning forecasting), will be led by Professor George Aggidis, with a funding of £798,000. The project will be looking at ways to advance WEC technology, by developing essential device control and monitoring systems that are fully integrated with high-fidelity sea state forecasting from satellite images.

Led by Professor Qingwei Ma of City University of London, project WavE-Suite (new generation modelling suite for the survivability of wave energy convertors in marine environments) received a fund of £987,000. This project will be looking at ways to overcome challenges of developing effective, reliable, and economically viable WECs. The challenge lays within the lack of tools available to accurately and efficiently assess WECs’ ability to survive under extreme marine conditions, which this project will aim to overcome.

The University of Manchester will be leading two of the eight chosen projects. Project MoorWEC (mooring analysis and design for offshore WEC survivability and fatigue) will be carried out by Professor Peter Stansby, the University of Manchester with a funding of £997,000. The mooring is the most vulnerable part of WECs, which can be damaged by extreme waves or the attrition caused by waves over time. The project will model the impact of waves on various mooring options to generate key information and efficient modelling methods to aid the design of resilient future WECs.

This project will focus on issues around energy output and reliability regarding WECs. This is since WECs consist of multiple energy conversion stages and components, to capture wave energy and convert it to electricity. Each stage also required to operate under its own constraints. Therefore, the project aims to take a ‘whole device’ approach, rather than concentrating on individual components.

Thoughts From The Experts

Energy minister, Anne-Marie Trevelyan said: “our coastline and the power of the seas around us offers huge potential for clean renewable energy that can help us meet commitments to end our contribution to climate change by 2050. There are certainly unique challenges in harnessing the power of the marine environment and it is exciting to see how these projects can help us make the most of our natural resources in a cleaner greener future.”

The After-Life of Renewables in the US